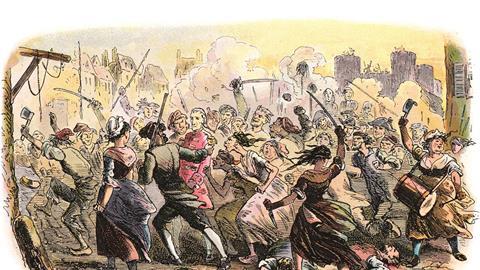 Forecasting more political turmoil next year seems like an easy bet. Populists are on the rise from the Philippines to Austria. Elections in Germany, the Netherlands and France next year may also throw up surprises. Dickens’ tale of the downtrodden masses rising up is still just as relevant today.

In this febrile environment science is likely to suffer. Science needs long-term planning and stability – chaotic politics play havoc with this. In the US, Donald Trump’s appointments and his anti-science posturing don’t inspire confidence. What this will translate to when it comes to funding remains to be seen, but it’s a fairly safe prediction that certain bêtes noires of US conservatives– environmental and climate change research – will suffer, and even peer review may end up in the firing line. Meanwhile, in the UK, R&D funding is going to see its biggest rise for years – 20% up on current levels. But the uncertainty of the Brexit referendum continues to play out after it was revealed that the country had won £2.2 billion of funding from the EU’s Horizon 2020 science programme so far. Funding secured prior to the UK actually leaving the EU will be guaranteed, but after that we just don’t know.

When Dickens wrote those wonderful opening lines he was excoriating those who use superlatives in place of measured thought. The challenges facing some scientists in the western world are tough, but the vast majority remain in a better place than their counterparts in other regions. Times are going to be difficult in the coming years but these storms can be weathered. Now is the time for scientists to keep making the case for all of science’s benefits. Perhaps it would be wise to start the new year with a poem. ‘If you can keep your head when all about you are losing theirs and blaming it on you…’