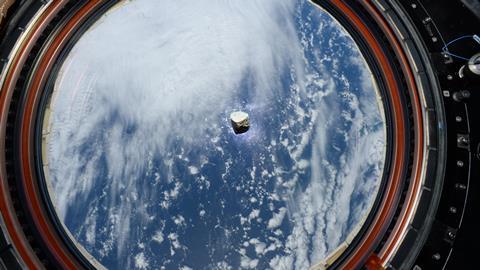 A new examination of a million-year-old Mars meteorite has uncovered the chemical reactions that produced the organic compounds found in the rock, which were once thought to be the remnants of Martian microbial life.

The 2kg meteorite fragment was found in Antarctica in 1984. First labelled as a common meteorite, analysis a decade later showed that it contained gases similar to those in Mars’ atmosphere. The consensus is that the rock was blasted away from Mars by a meteor strike 17 million years ago, landing on Earth about 13,000 years ago. The fragment contains rock formed four billion years ago, at a time when there was likely still liquid water on Mars’ surface.

A team of scientists led by Andrew Steele from the Carnegie Institution for Science, US, now used a focused ion beam to extract two samples from the meteorite, in which they found aromatic and olefinic carbon compounds as well as molecules with carbonyl, carboxyl and carbonate groups.

It might be tempting to think of these compounds as indicative of life, as happened in 1996. Nasa scientists sparked a scientific controversy by suggesting that these molecules – and the microscopic worm-like formations within the meteorite – could be fossilised alien microbes. Their study made headlines globally, even prompting then-US president Bill Clinton to make a televised statement.

‘The [1996 study] changed the way we thought about Mars and life detection in our solar system,’ says Steele. ‘While the debate on life in the meteorite subsided the research […] I felt it had not been satisfactorily answered. So I just kept looking.’ His team now cracked the abiotic geochemical reactions that likely made the organic compounds.

The two reactions producing organic compounds in the Martian meteorite are serpentinisation and mineral carbonation. In the former, an aqueous fluid reacts with basaltic rocks, producing magnesium-rich, so-called serpentine minerals as well as magnetite and hydrogen. The hydrogen then reduces aqueous carbon dioxide – common in Mars’ atmosphere – into methane, carbon monoxide and other organics such as formic acid and formaldehyde.

Similar processes have been observed on Earth, meaning that ancient Mars’ geochemistry might have been similar to that of our planet. This conclusion, however, is still not enough to fully understand if Mars could ever have hosted living organisms. ‘The study […] does not rule out that life is present on Mars,’ Steele explains. According to him, the only way to confirm this, is to collect Martian soil samples and sending them back to Earth .