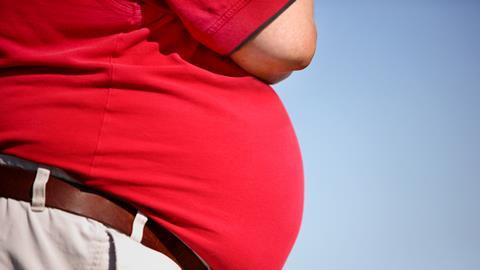 Everyday plastic products contain huge numbers of compounds, including metabolism disrupting chemicals (MDCs), that affect fat cell development, a study suggests. It found that one-third of the chemicals in 34 plastic consumer products disrupted the development of fat precursor cells in vitro. The new study adds weight to the obesogen hypothesis that environmental chemicals contribute to obesity.

To test the impact of chemicals found in a range of common commercial plastics they were treated with methanol and the chemicals that leached from them were concentrated in dimethyl sulfoxide. The chemicals were then characterised using non-target high resolution mass spectrometry. As many as 55,000 unknown chemicals were detected (although this figure is likely an overestimate given how it was reached) and 629 unique compounds tentatively identified from the 34 plastic products. Eleven compounds were known MDCs, and compounds isolated included organophosphates and phthalates, which are already known to drive fat gain in cell and animal experiments. Phthalates are used to soften plastics for packaging and organophosphates as flame retardants in electronics making them a ubiquitous part of modern life.

The effects of these chemicals on cells were then assessed. Chemical extracts from polyvinyl chloride (PVC) and polyurethane (PUR) products were the most potent in causing precursor cells to develop into fat cells, rather than bone or muscle. Seven out of eight PVC and PUR products triggered such adipogenesis, whereas no polyethylene terephthalate, polylactic acid or high-density polyethylene did. Overall, a third of the chemicals extracted disrupted fat cell development. This is the first step towards understanding obesity on a cellular level, says biologist Martin Wagner at the Norwegian University of Science and Technology, who led the research.

Surprisingly, the master regulator of fat cell development was not triggered, suggesting that other mechanisms were involved. The next step is to check which of the chemicals are migrating out of consumer plastics, for example into foods, as they did in a previous study .

‘Plastic materials used for food are not just made of one thing,’ says Laura Vandenberg, a developmental toxicologist at University of Massachusetts, Amherst. ‘It says PE (polypropylene), and we make assumptions about what chemicals are in those plastics based on that labelling, but this report and others are telling us that that’s only part of the story.’ Advances in analytical chemistry have revealed a motley assortment of additives, breakdown products and manufacturing residues in plastic consumer products.

‘The important thing in this study is that they are linking what is leaching from those plastics to indicators of obesity,’ adds Vandenberg. She calls on regulatory agencies to take more seriously the possibility that chemical mixtures play a role in the obesity epidemic.

Not everyone is convinced by how the study links these chemicals to obesity, however. ‘The notion that you cause metabolic disarray by activating more pre-adipocytes into fat cells is not accurate,’ says Philipp Scherer, a biochemist at University of Texas Southwestern Medical Centre. Not all fat is the same. It matters where in the body that fat is, he adds, with belly fat especially linked to increased cardiovascular disease risk.

Nonetheless, he adds that ‘there are many studies that link increased levels of some of these chemicals, like bisphenol A or phthalates, to increased obesity. There’s no doubt they are connected,’ but he is skeptical about the mechanism proposed by the study.

Researchers operate in the dark in terms of what is in plastic consumer products, including those in food and children’s toys. ‘It is tricky to find out what plastic manufacturers are actually using in their materials,’ notes Wagner, who calls for more transparency. ‘We are dealing with this really complex mixture that’s composed of unknown chemicals, so it is really hard to estimate what human exposure levels are and what effect they have.’