The air around a cinema audience changes with the emotional content of a film, thanks to volatile organic compounds emitted from their breath and skin, a chemical analysis has shown. 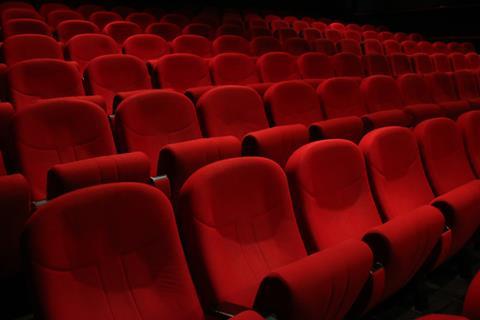 The strongest chemical changes corresponded with times of suspense during films

A study of more than 100 screenings of 16 different films at in a cinema in Mainz, Germany, showed that these human emissions vary predictably during a film; chemists could identify specific scenes through the quantities of certain airborne compounds.

During the study 9,500 oblivious cinema goers sat down to watch films like The hunger games 2, Walking with dinosaurs and The little ghost. The air composition inside the cinema was measured every 30 seconds using a proton transfer reaction mass spectrometer (PTR-MS) hooked into outgoing air vents. Over 100 chemical species were identified each time.

‘You might expect a vaguely changing mixture, but for many chemical compounds you get a nice consistent and reproducible correlation with events in the film,’ explains Jonathan Williams from the Max Planck Institute for Chemistry, who was one of the researchers involved. For instance, there were discernible spikes of isoprene twice during The hunger games 2, when the heroine’s dress catches fire and when the final battle begins. Isoprene is associated with muscle contraction – large spikes were also observed as people entered and left the cinema – so increases during the film could be due to unconscious muscle twitching as the audience empathises with the heroine, Williams suggests.

The strongest chemical changes corresponded with times of suspense during films. Chemicals linked to injury scenes included methanol, acetaldehyde and butadiene. What these emissions mean or why they are generated is largely unknown. ‘We just show that the signals are there,’ Williams says. This kind of analysis may offer a way to objectively assess audio-visual material among groups of people, for example, in advertising or video game design, he adds.

‘This fascinating approach has real promise for analysing the molecules given off from people,’ says Tristram Wyatt, a pheromone researcher at the University of Oxford, UK. ‘It is interesting that they were able to identify particular moments in the film, in repeated showings, when there was a spike in certain molecules. That suggests that the technique is reproducible, even if we don’t know what the results mean.’

‘It is an interesting study,’ adds George Preti from the Monell Chemical Senses Centre, University of Pennsylvania, US. But he notes that it involves a sophisticated setup and the instrumentation is expensive. ‘It is not going to be available to lots of labs and I’m not sure that a movie audience is a properly controlled group.’

The Max Planck team’s usual work is measuring atmospheric volatiles over forests and other ecosystems, but they took advantage of equipment availability over the Christmas period to start the study in their local cinema. A follow-on study looked at variation in ambient air during showings of Star wars VII – the force awakens, looking for variations according to adult and child attendance.