The Australian Academy of Science has issued a 10-year plan designed to improve all aspects of chemistry in Australia in order to better meet what it calls the scientific challenges of the 21st century and to seize the commercial opportunities arising from those challenges. A key element of the plan is to bolster collaboration across the Australian chemistry community, in particular between academic research chemists and industry. 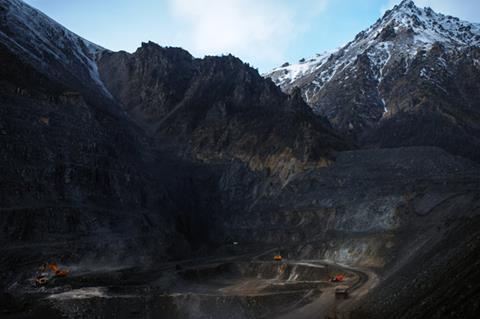 Paul Mulvaney, a professor of chemistry at the University of Melbourne who chaired the working group that wrote the 10-year plan, tells Chemistry World that chemistry overall in Australia can be described as ‘in a comparatively healthy state’, with scientific publication quality and patenting rates comparable to other leading countries. However, he says chemistry in Australia remains an ‘underperforming science,’ lacking ‘efficiency of translation into new jobs, companies, and value-adding products’.

‘Australia has one of the poorest rates of research translation efficiency in the world, a result of poor connections to industry,’ he says, adding that Australian industry focuses more on cost-cutting than developing new products. ‘The problem in Australia and elsewhere remains that as long as academics are funded to write papers and industry is funded to make money, there is a fundamental mismatch in goals and expectations and key performance indicators.’

The decadal plan for improving chemistry was first proposed in 2013 by the National Committee for Chemistry, one of 22 committees within the Australian Academy of Science. After gaining academy approval to develop the plan, the chemistry committee in March 2014 appointed an 18-member working group that included industry representatives to devise a 10-year plan. To help gauge the current state of chemistry in Australia and gather suggestions for improvement, the working group held public meetings at universities across Australia, organised industry-focused meetings and conducted surveys.

Mulvaney says the decadal plan is ‘a grass roots document’ designed to ensure that Australia’s chemistry community is responsible for establishing a strategy for the future. The plan identifies four ‘global megatrends’ – population growth and demographic shifts, economic power shifts, climate change and technology-driven economic change – that present potential threats to global stability. The megatrends will create numerous challenges for chemistry that can be turned into opportunities, the plan says. Among the most important will be energy, food, health, climate change and new materials.

The decadal plan outlines ‘key requirements’ for improving all facets of chemistry in Australia, including primary and secondary education, higher education, academic research, the industry value-chain, government research and national facilities. In order to fulfill the requirements, the plan lists five strategic goals to be achieved in the next decade: raise chemistry knowledge and skills; improve capabilities of the research sector; raise the level of research and innovation efficiency; improve the image of chemistry; and implementation of the decadal plan.

A call is made for the formation of a committee composed of ‘high-level’ chemistry representatives to develop concrete steps for implementation of the plan, with a mid-term review in 2020. ‘This two-step approach is different to other plans,’ Mulvaney says, adding that the first step in the decadal plan ‘tries to avoid any political or economic decisions on how to achieve goals’.

Andrew Holmes, president of the Australian Academy of Science, says that successful implementation of the decadal plan will need strong support from the Australian government. ‘It is essential that we convince our political leaders to invest in the development of Australia’s science and technology base to lead to improved productivity and, ultimately, the technology-based, wealth-creating, sustainable industries of the future,’ he says.