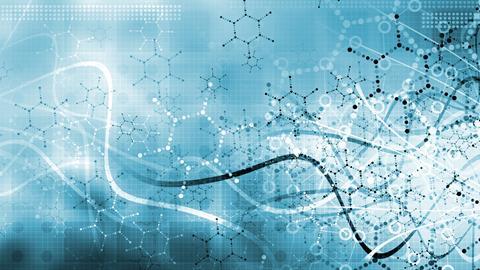 Automated data processing has sped up the search for new catalytic reactions in a high throughput screen.1 With automated analysis, a seemingly minor product from tens of thousands of possibilities can, without that much effort, become a new reaction that occurs in 80% yield, says John Hartwig at the University of California, Berkeley.

Synthetic chemists often look for new reactions by mixing a large library of reagents two at a time with a metal catalyst and screening the resulting molecules for new products. In 2011, Hartwig and Daniel Robbins sped up the search by mixing 17 molecules at the same time with various metal catalysts and ligands.2 To simplify product identification using gas chromatograpy–mass spectrometry (GC-MS), the researchers purposely started with molecules of similar mass so that the products would have double the mass of the starting materials.

Now, Hartwig and postdoc Konstantin Troshin have automated the data analysis of the high throughput reaction screen, allowing them to screen three times as many reactions in a day. The automated analysis also identified previously unknown alkyne hydroallylation and a nickel-catalysed multicomponent reaction.

To screen the molecules for new reactions, they mixed all 15 molecules from the first set and added the mixture to one well in a 96-well plate containing one metal catalyst and one ligand. Then they added the same mixture to other wells of the plate that contained a different earth-abundant metal or ligand. Finally, the researchers prepared two other plates using a mixture of the second and third molecular sets. 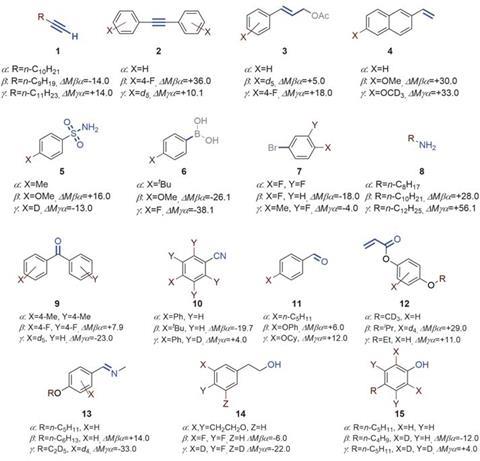 After sealing the plates and heating for 18 hours at 100°C, the researchers analysed the reaction products using GC–MS. They clustered the data by molecular ion mass, recording a range of retention times for a particular mass. Then the researchers used spreadsheet macros to automatically compare masses of the reaction products from the first set of molecules to that of the second and third set, looking for mass differences that corresponded to combinations of the 15 molecules as well as the known mass differences between molecules with the same functional group.

The screen discovered known reactions such as a nickel-catalysed Suzuki reaction and various Heck reactions. It also revealed a new three-component reaction known to work with a palladium catalyst that could also be catalysed by nickel, giving an unoptimised 61% yield.

The screen uncovered another new reaction: the hydroallylation of internal alkynes. The product from this reaction appeared as a small peak in the chromatagram, so it might be easily disregarded as a minor product, Hartwig says. However, the automated macros flagged that molecular ion mass as a combination of starting materials, so the researchers looked closer at the reaction. Quickly optimising the reaction conditions gave product in 87% yield.

Frank Glorius, at the University of Münster, Germany, considers this ‘smart screening’, because the process involves careful thought to select starting molecules and anticipate data analysis before mixing any reagents together. ‘Hartwig’s previous screening paper is one of my favorite publications of all time,’ he says. Glorius considers this latest work ‘a real breakthrough’, since it speeds up the time for analysis and allows automation and greater flexibility in substrate choice.