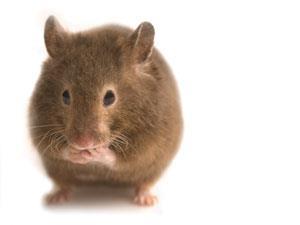 Engineered bacteria have been shown to help mice slim down. Could they do the same for people?

A US-based research team has programmed gut bacteria to produce a hunger-suppressing molecule that has been shown to aid weight loss in mice. However, there are still significant challenges ahead as they aim to develop the treatment for use in humans.

Pharmacology professor Sean Davies and his colleagues at Vanderbilt University have engineered a probiotic bacterium so that it makes N-acyl-phosphatidylethanolamines (NAPEs), which are produced in the small intestine after a meal and quickly converted to N-ethanolamines (NAEs) – potent appetite-suppressing lipids. The researchers added the bacteria to the drinking water of a strain of mice bred to develop obesity, signs of diabetes and fatty livers when fed a high fat diet.

NAPE is normally made in the gut in response to food intake. It helps to signal a full stomach, and prompts people to stop eating. In research published last year, Davies’ team showed that mice receiving the NAPE-producing bacteria gained 15% less weight over the eight week study period than control groups given plain water or water with bacteria that don’t produce NAPEs. In addition, the glucose tolerance of these mice improved.

In Davies’ latest research, presented at the 249th ACS National Meeting & Exposition in Denver, US, his team showed that these bacteria were not beneficial unless the mice were able to convert NAPE into an active metabolite. ‘If the mice didn’t have this enzyme that converted the NAPE to the active metabolite, then it won’t have the effect,’ Davies explains. ‘But we could overcome that by further engineering the bacteria so they have that enzyme and can therefore make this active metabolite.’

The ultimate goal for Davies is to move to human studies and eventually treat people who are obese in order to prevent them from developing related conditions like heart disease and diabetes. But advancing this treatment to humans could be problematic. It requires more safety testing in order to obtain approval from the US Food and Drug Administration (FDA). ‘There are a number of steps and I think the regulatory pathway right now is not clear,’ said Davies. ‘It will certainly be several years.’

The proposed treatment differs substantially from the typical small molecule drugs regulated by the FDA. ‘It is on the cutting-edge and that makes it difficult from a regulatory standpoint,’ Davies stated.

One significant obstacle is the possibility that somebody treated with this molecule could transmit it to others through faecal exposure. This would represent a serious risk for the elderly, frail and ill.

Although bacteria flourish in the gut – which is a warm, nutrient-rich environment – when excreted they enter an environment that can quickly kill them. ‘What we want to do is cripple the bacteria in a way that makes it very difficult for them to live outside of the gut and therefore be spread,’ Davies says. ‘We have been working towards that, but it has been quite slow.’

As an alternative to genetic modification, Davies is also considering breeding bacteria that express very high levels of NAPEs. He cites some evidence that such a technique might work, but notes that this is a difficult route because there is insufficient evidence of how NAPE is actually made in bacteria.