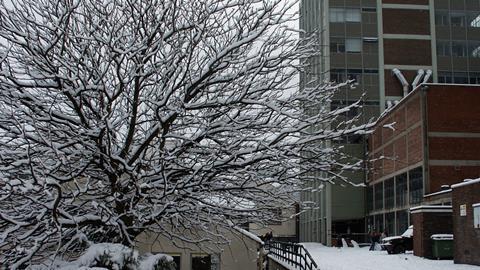 The 11-storey building at the centre of Bangor University, UK, that once housed its chemistry department is scheduled for demolition. Three years ago, the university decided to end its chemistry courses and research activities as a cost-cutting measure, despite the chemistry community’s overwhelmingly negative response to the proposal.

The institution’s decision was based on dramatically falling student numbers since 2015, which it said had suffered due to competition with Russell Group universities in England. Closing the chemistry department including making its 18 staff redundant would save the university more than £1.4 million over three years, it calculated.

Chemistry was one of the university’s founding subjects and had been taught there for more than 135 years. Its degrees were the only ones that could be partly taken in Welsh. The university stopped accepting new students in the 2019–20 academic year, though any existing students could finish their degrees. But with the department operating at 25% of its normal budget during its final years and half of its staff leaving, some students decided to leave before teaching wound down officially. The end of July this year marked the last working day for staff members.

The chemistry tower also used to house the School of Natural Sciences, the Biocomposites Centre and the Confucius Institute. No date has been set yet for demolition activities to start, but the building has now been closed to students and staff.