Beautiful molecules ring up with a purpose

There’s a certain charm to mechanically-interlocked molecules. The way they amalgamate the traditional ideas of covalent and noncovalent bonds with the more recent notion of mechanical bonds forces chemists to think differently about synthesis. Stephen Goldup’s group at the University of Southampton in the UK is well known for making mechanically-interlocked molecules, particularly rotaxanes. However, the challenge of making these molecules isn’t enough for Goldup. He is developing faster and higher yielding synthetic methods to evolve these chemical curios into molecules that function. 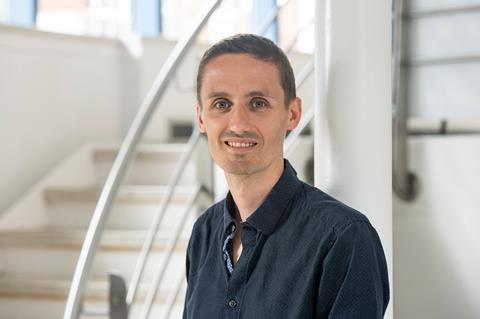 ‘We make molecules that were first discussed maybe in the 1970s and first made around 1997. But they still weren’t really studied because people couldn’t make them in large enough quantities,’ explains Goldup. In 2014, he uncovered a way to synthesise and separate mechanically chiral rotaxanes.1 ‘Before you had to use chiral stationary phase HPLC to separate the enantiomers. And that simply doesn’t lend itself to applications. So because I’m an organic chemist, we took inspiration from chemistry that has been around for 50–60 years; we applied the chiral auxiliary strategy used for normal small molecules to rotaxanes.’ That simple idea accelerated rotaxanes into the realm of chirality.

I’m not pushing patents. But it’d be nice to say in the long term that our insight led to something

As so often happens in chemistry, chirality is followed by catalysis. Just this year, Goldup’s group synthesised a mechanically planar chiral rotaxane that could function as an enantioselective catalyst.2 It carries out a previously reported cyclopropanation reaction, but the way it does it is rather unique. ‘We chose the reaction because it’s mediated by gold,’ he says. Gold can catalyse many organic reactions but it can be difficult to achieve enantioselectivity because Au(i) complexes typically adopt a linear coordination motif. That puts the ligand and the substrate on opposite sides of the metal centre, positioning the substrate away from the chiral environment. ‘Some chemists build very large ligands to reach around and influence a substrate. The nice thing about a rotaxane or a catenane is as soon as you join things together like that, if you make this system chiral and you put your gold there, it’s embedded in the chiral environment already. You don’t have to build an intricate molecule to get there. As soon as you thread things together, you have this chiral space to play with.’

Goldup says he thrives on the creative side of his work and having a team that is genuinely excited by what it does. ‘You make a molecule that’s never existed in the universe before and then you get to find out what it does. It can be something you weren’t expecting. And that’s another type of creativity, where you take an accidental discovery and turn it into something exciting. Fundamental science comes out of curiosity. And so we need to keep encouraging the next generation of scientists to be curious. They also have to get funding, they have to get papers, there’s all of this pressure, but they have to remain curious about something because they have to be able to get over all of the hurdles and all of the hard work. We also need to persuade society to keep funding the curiosity driven stuff. That’s how we have breakthroughs.’ 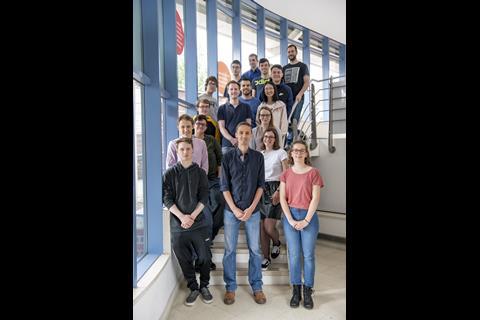 Goldup with research colleagues at the University of Southampton 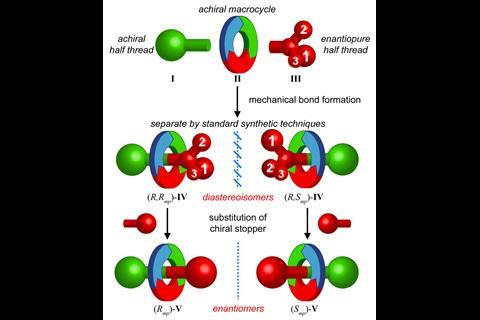 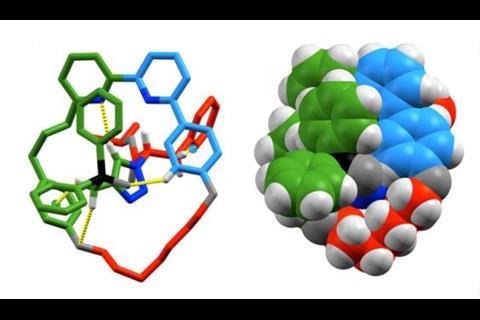 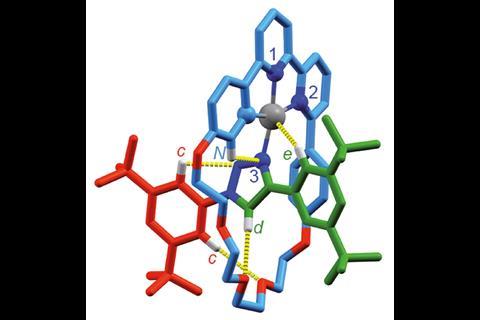 Give Goldup a few more years and mechanically-interlocked molecules will no longer be associated with the word ‘underexplored’, as they often are in scientific papers. He wants to untangle the workings of his molecules as he sees mechanical bonds as an untapped resource. One application he is exploring is in organic light-emitting devices (OLEDs). Earlier this year, his team reported its work making platinum-based rotaxane complexes.3 These showed that a mechanical bond can stabilise a metal centre towards ligand displacement and oxidation but that the complex maintains its photophysical properties, so it could be a tool for constructing more stable emitters. 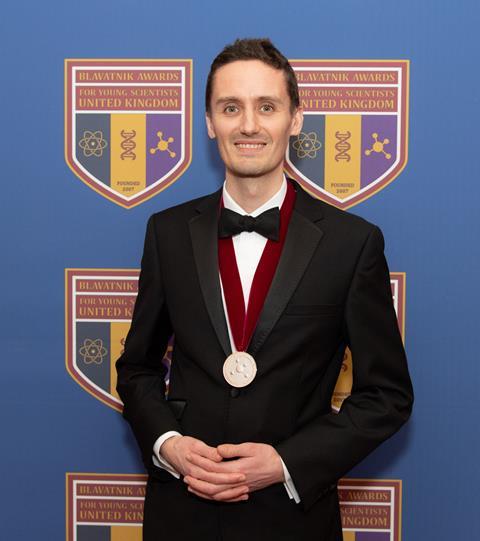 Around the same time as his rotaxane–gold complex graced the literature, Goldup became a chemistry finalist in the 2020 UK Blavatnik Awards for Young Scientists. ‘Recognition from any organisation is huge. I find what we do exciting, but it’s nice when you realise that other people find it exciting as well.’ He’s confident that the profile boost of the award will open doors for him and his research: ‘It could be that a conversation with one of the other laureates generates a proposal idea. Or I could go to a conference and someone now knows what I do and starts a conversation. There are these intangible effects.’

Ultimately, Goldup wants to see his molecules solving problems. ‘Mechanically interlocked molecules are beautiful and the molecular machines fields is incredibly impressive. But there’s a big gap between the lab bench and the real world and there’s only one commercial application of interlocked molecules [Japanese company ASM, led by Kohzo Ito, has developed polyrotaxane derivatives that can be used in coatings, adhesives, sealants and elastomers]. That doesn’t mean we’re applications focused. I’m not talking to companies all the time. I’m not pushing patents. But it’d be nice to say in the long term that our insight led to something.’