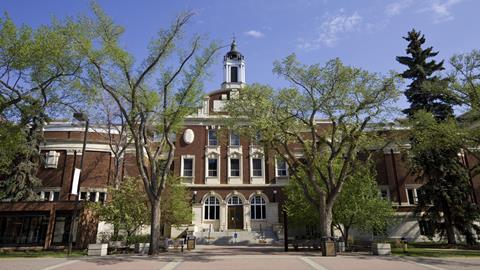 A new analysis notes a steady decline in grants going to investigators at small Canadian universities in recent years. Now, researchers at Trent University in Ontario believe that they have demonstrated that a ‘systemic bias’ underlies this trend.

The research by Trent University biology professor Dennis Murray and colleagues, has found that researchers from smaller Canadian institutions were substantially less successful at securing discovery grant support from Canada’s flagship Natural Sciences and Engineering Council (NSERC), than their counterparts at larger schools.

‘Across all evaluation metrics, applicants from small universities are lower ranked, regardless of whether their affiliation with a small school is recent or longstanding,’ said Doug Morris, research chair in Northern Studies at Lakehead University, who contributed to the paper. The authors warn that this bias, if left unchallenged, will ‘decimate science funding’ at small Canadian universities within as little as a decade.

The NSERC appears to be aware of these issues and recently adopted corrective measures to help researcher at smaller universities secure discovery grants. For example, the agency instituted a pilot programme last year for deserving but unfunded applicants. However, there is concern that these policies might not eliminate bias.

‘Applying band-aid solutions does not mask the fact that the evaluation process itself needs to be fairer,’ cautioned Hugh MacIsaac, department of fisheries and oceans invasive species research chair at University of Windsor, Canada, who also contributed to the paper.