‘The war on science ends with the Liberal government.’ So promised Justin Trudeau, leader of Canada’s Liberal party, a month before sweeping to election victory on 19 October.

Many Canadian scientists are understandably delighted with the result. The previous prime minister, Stephen Harper, had cut their funding, increasingly tied research dollars to commercial goals and imposed draconian rules that prevented government scientists from speaking to the media. Moreover, there was a broader tendency within Harper’s government to silence or ignore science, especially on environmental issues. 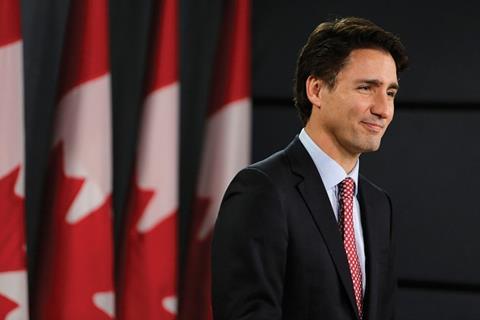 Trudeau, in contrast, says that his government is committed to evidence-based policymaking, and there are already reasons to be optimistic that he will make good on that commitment. Indeed, Canada’s renewed love affair with science may even hold valuable lessons for the UK.

In the weeks since the election, Trudeau has reshaped government to give science a more prominent role. Out goes the minister for industry – in comes Navdeep Bains, minister of innovation, science and economic development, whose title explicitly recognises the connection between basic research, technology and prosperity. On 5 November, Bains reinstated Canada’s mandatory long-form census (which Harper dropped in 2011), pointing out that good government is underpinned by reliable data – particularly in formulating health and social policy.

Meanwhile, the minster of the environment is now the minister of environment and climate change, just in time for the UN climate change conference in Paris. Harper’s record on climate change was woeful, doing little to achieve the country’s modest targets for reducing greenhouse gas emissions. Trudeau has made climate change a key priority, and it’s likely that this will be backed with research funding, clean-energy incentives, and perhaps even a form of carbon pricing. Details should emerge by the time the government outlines its first budget in early 2016.

In contrast, the UK seems to be moving in the opposite direction, after abruptly cutting renewable energy subsidies this summer. As I write this column, UK scientists are rather more pessimistic about the government’s 25 November spending review. The science budget has been static since 2010, representing a decline in real terms that has squeezed researchers and the facilities they rely on. Few expect chancellor George Osborne to follow the recent advice of the House of Commons science and technology committee, which called for ‘a long term “roadmap” for increasing public and private sector science R&D investment in the UK to 3% of GDP’.

The true north strong and free

Back in Canada, scientists have also welcomed a new minister for science, Kirsty Duncan, a medical geographer who has studied the 1918 flu pandemic. On the face of it, having two ministers with ‘science’ in their titles reinforces its importance to government. It’s not yet clear whether their responsibilities will split along pure and applied lines, but it does hint that basic research funding might be freed from some of Harper’s more constraining commercial imperatives.

Duncan’s research background has also raised hopes that she will make a strong science minister. Moreover, the minister of health, Jane Philpott, is a physician – the first medical doctor to hold the post – and almost one-third of Trudeau’s cabinet has some experience of teaching or research in universities.

But background in research is not a prerequisite for an effective or popular science minister. Indeed, a close professional connection to a policy area might lead a minister to discount advice that opposes their own preconceived ideas. For example, Jon Agar, professor of science and technology studies at University College London, has argued that Margaret Thatcher’s experience in industrial research led her to take a more market-driven approach to science policy – hardly a celebrated approach at universities in the 1980s.

We stand on guard for thee

Trudeau has also promised to appoint a chief science officer who will ‘ensure that government science is fully available to the public, that scientists are able to speak freely about their work, and that scientific analyses are considered when the government makes decisions’. That is potentially a very powerful role – not just an advisor, but also a watchdog on how government uses evidence.

As part of his government’s commitment to transparency, Bains confirmed on 6 November that government scientists and experts can now talk about their work with the media and the public – tearing off the muzzle that had constrained thousands of scientists under Harper’s government.

Media restrictions on scientists in UK government research institutions are not as acute as they were in Harper-era Canada. However, there is no doubt that they are unable to speak freely to journalists. In March 2015, changes to the civil service code made it clear that scientists working in those institutions needed ministry approval for interviews. Whereas scientists in Canada had vociferously protested Harper’s restrictions, the response in the UK has been more muted – perhaps because in times of tight budgets, it makes little sense to rock the boat.

Only time will tell whether Canadian scientists’ enthusiastic response to Trudeau’s election is premature. But if all of his promises are kept, it will set a high standard to which other governments should aspire.