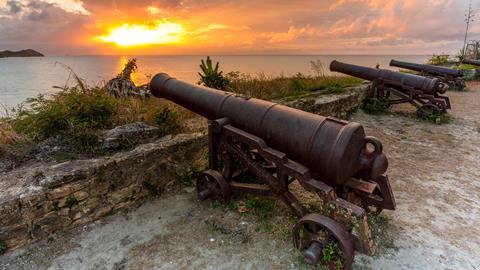 Blasts from the past – how medieval gunpowder changed over 100 years

Master gunners tinkered with their gunpowder recipes in an attempt to balance blast, safety and cost in late medieval Europe – the time when guns began to dominate warfare.

A new study found broad changes in the proportions of gunpowder’s three ingredients – charcoal, sulfur and saltpetre – in more than 20 gunpowder recipes dating from between 1338 to 1449. The researchers suggest the changes could have made the gunpowder safer to use at first, and then more powerful as artillery became bigger. Some other gunpowder experts, however, suggest the changes may have been because different mixes worked better in the many different sizes of guns being developed.

In an effort to determine the residues left after a charge was ignited, some of the recipes were tested in a replica of a 15th century cannon on the firing range at the United States Military Academy at West Point. ‘Going out in the field was the climax, for sure,’ says Dawn Riegner, a chemistry professor at West Point who led the project. ‘Just being out there to watch it was terrific.’

Riegner and her colleagues, both chemists and historians, examined gunpowder made from 21 medieval recipes with differential scanning calorimetry – to determine their enthalpies before ignition – and bomb calorimetry, which ignited the gunpowders in a chamber to determine how much energy they released when burned. 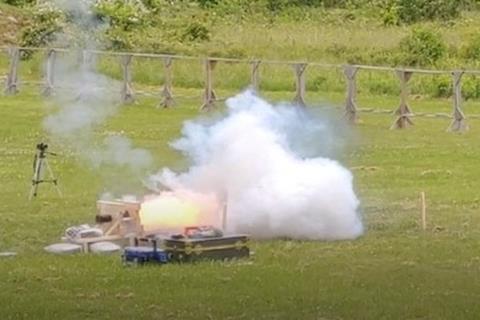 They found the proportion of saltpetre – potassium nitrate – generally increased from 1338 until 1400, while the proportion of charcoal decreased – changes that would have decreased the combustion temperature and made the gunpowder less explosive. Riegner suggests this may be because early guns were poorly made, and less explosive gunpowder was less likely to blow a gun apart. After 1400, the proportion of saltpetre decreased slightly and the proportions of sulfur and charcoal increased – thereby raising the heat of combustion, although not as high as in the earliest recipes. This may be because saltpetre was more expensive than the other ingredients, or because many guns were then larger and could withstand more explosive gunpowder, Riegner says.

Historian Dan Spencer, who has written about gunpowder in medieval England but who was not involved in the latest research, suggests the recipe changes may have reflected the growing variety of types of guns – from giant cannons to handheld pistols and muskets – that worked best with different types of gunpowder. For example, hand-held guns might have used very quick-burning gunpowder while large bombards could have had a slower rate of ignition. He hopes the project will now detail the intended purposes of the different recipes. ‘I found it really interesting,’ he says. ‘I just want to hear more and get a bit more about the context.’

Riegner plans more experiments soon. In particular, the fieldwork of test-firing the gunpowders in the replica cannon was severely restricted by the pandemic lockdowns. ‘You had to get all these permissions to get out on the range, and it was very difficult,’ she says. ‘So we are gearing up to do more in the future.’