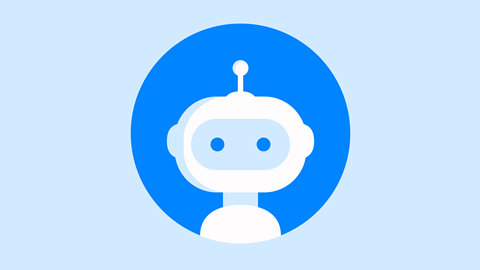 Twitter bots that integrate chemistry software tools into the social media platform could turn it into a direct research interface and increase accessibility.

A Japanese team has developed Twitter bots for three cheminformatic tools – retrosynthetic analysis, a 3D molecule viewer and a 2D chemical structure editor – demonstrating how anyone with a Twitter account could access and use them. The concept could be particularly useful for interdisciplinary scientists while accelerating citizen science and open science.

‘There are numerous scientist accounts on Twitter that transmit and exchange scientific information on a daily basis,’ says Kazuki Yamamoto who led the study at the University of Tokyo. ‘I wanted to create a mechanism to catalyse the collective intelligence and accelerate the progress of science more easily.’

Usually, information produced locally by individual web tools and proprietary software cannot be easily shared with many, unspecified people. Yamamoto’s team initially considered building a dedicated social media platform to improve sharing with the aid of bots. But the challenge of attracting new users quickly made the idea of using Twitter with its millions of users a no-brainer.

Bots are automated programmes that are common on Twitter. They are controlled through an application programming interface (API) which essentially allows two applications to talk to each other. Twitter bots usually deliver automatic tweets for news and blog updates but they can also respond to replies from other users. Yamamoto’s team therefore used Twitter API and a dedicated host site called chemical.space to bring three cheminformatic tools to the platform.

The first bot, @retrosynthchan, conducts retrosynthetic analysis of molecular structures, useful for drug discovery for example, using an open-source programme called AiZynthFinder. It works by a user tweeting a SMILES string – a type of notation that describes a chemical structure – to the bot. It then checks the validity of the string, instructs AiZynthFinder to run the analysis and returns the synthetic pathways of the molecule back to the user as images.

The second bot is a 3D molecule viewer which makes use of the Twitter Player Card system to play interactive videos of any Protein Data Bank (PDB) structure on the user’s timeline. Writing a tweet containing the short PDB code for the desired structure followed by the hashtag #pdb notifies the bot (@souyakuchan). The bot immediately responds with the URL of the video.

The team also developed an online editing platform for users to draw and edit 2D structural formulas from scratch in their browser and post them to Twitter. It uses either SMILES or chemistry markup language (CML) formats. SMILES only stores simple characters to represent atoms, bonds, rings and their orders and so it can be easily tweeted. But CML contains useful rotation and coordinate information which makes it too long for the 280-character limit on Twitter. The editor gets around this by compressing a CML string into a URL. By opening the URL, the CML structural formulas can be re-edited by others. The software also has a ‘retrosynthesise’ button which allows users to send their structures to the retrosynthesis bot.

‘These are neat ideas that make use of the Twitter API. I am really impressed by the retrosynthetic analysis tool as it really lowers the barrier for the user,’ comments Lee Cronin at the University of Glasgow, UK. He has previously used Twitter to help chemical robots easily program each other. ‘There is tremendous scope to expand the types of interaction and I think the interesting thing is how these types of approaches could broaden engagement at all levels from undergraduate to research level.’

‘We hope that this concept will accelerate the trend of open science and citizen science,’ explains Yamamoto. ‘Technically, any tool can be integrated into Twitter. Our goal is to create a platform that integrates computational drug discovery science and social network games.’ Yamamoto says he has already started a spinoff company called SHaLX to work on this.