Science funding in Brazil appears frozen at 2017 amounts – its lowest level in 10 years, despite promises of a 40% increase 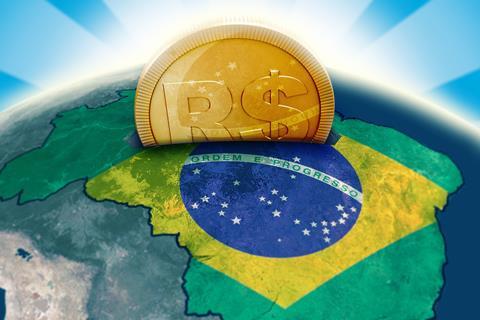 Brazil’s research community was greatly disappointed when the country’s Congress voted on 13 December to keep the country’s research budget at the science ministry flat at R$4.7 billion (£1 billion), after some parliamentarians had flagged this area for a 40% increase.

The budget approved for 2018 is 25% lower than the budget approved one year ago for 2017. Later, it was reduced to the same level of the value approved now, the lowest level in the last decade. The figure represented just one-third of what it was in 2013. This dismal situation resulted in backlash from Brazilian scientists, led by the Brazilian Society for the Advancement of Science (SBPC) and the Brazilian Academy of Science (ABC). These representatives, which included representatives from 70 science advocacy organisations, met with several members of Congress over the last few months and held protest marches, hoping to bolster the government’s support for science.

It appeared that this campaign was successful, and a prominent member of Brazil’s Senate did propose an 40% increase to the country’s science budget. Further, a key parliamentarian on the budget commission told scientists that he would include that proposal in the final budget that was to be voted on by Congress.

Nevertheless, the 1,000-page budget document that was ultimately produced did not contain such sought-after language boosting national science funding, and it was sent to Congress for a vote on 13 December.

‘Brazilian research institutions will not be able to endure another year of shortage,’ warned SBPC’s president Ildeu Moreira and ABC’s president Luiz Davidovich in a statement sent to parliamentarians. They said laboratories across the country are closing down, researchers are leaving the country, and Brazil’s young people are abandoning science careers. Moreira and Davidovich urged the lawmakers to add another $R1.5 billion to Brazil’s science ministry’s budget, describing the current cicumstances as a ‘crisis’.

In fact, the situation has caught the attention of the international scientific community. In October, 23 Nobel laureates wrote to President Michel Temer expressing concern about the state of Brazilian science, and cautioning that internationally renowned research groups in the country are being dismantled and there is a significant ‘brain drain’ taking place.

Others like Aldo Zarbin, who is president of the Brazilian Chemical Society, are also worried. ‘This cut is a dramatic blow in Brazilian science, since a cut of such investments sometimes takes decades to recover,’ Zarbin tells Chemistry World. He says the work of chemists in Brazil is being affected by these cuts because the country’s universities no longer have sufficient funding to maintain or replace critical characterisation equipment.

‘There are cases where magnetic resonance spectrophotometers are running the risk of stopping for lack of basic input for their operation, such as liquid nitrogen,’ Zarbin says. ‘Chemistry requires inputs, consumables, whose inventories have run out of supplies or are running low, and if they are not replaced it means that the work will be interrupted.’

According to Zarbin, major Brazilian chemistry efforts in the area of materials, natural products, and medicinal chemistry, among others, are at risk of collapse. In fact, the SBPC’s vice president, Vanderlan da Silva Bolzani, says chemistry is one area of science that has been hit hardest by the country’s budget crisis.

This cut is a dramatic blow in Brazilian science

‘Research in chemistry requires high investments, with very expensive equipment to be purchased and maintained, so the reductions in the budget had a direct impact in the field,’ explains Bolzani, a chemistry professor at Paulista State University.

For example, she says one of the key science programmes affected by the budget cuts is the National Institute of Science and Technology, which was launched in 2008 to provide greater and longer-term funding for Brazilian research groups to network nationally and internationally.

In total, 252 research proposals were approved out of 345 submitted during the second round of funding launched in 2014. However, only 101 received confirmation that they will receive the awarded funds, but the budget for each institute was slashed by 40% and it is not clear yet when the funds will be released.