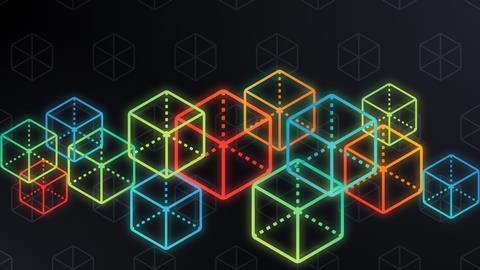 Businesses use blockchain to take on trustlessness

Despite growing realism over the hype surrounding bitcoin, transaction-recording technology similar to that powering the digital currency may rescue the pharmaceutical industry from a new predicament. The issue arises from the 2013 US Drug Supply Chain Security Act (DSCSA), which mandates individual drug pack tracking to fight counterfeiting. By November 2019, systems must be in place to track ‘verified returns’ of the more than 50 million unused packs that companies get back for resale annually. That’s a severe challenge, explains Stuart Corby, co-founder of Authentag, in Virginia, US, because antitrust (competition) laws mean that pharma giants can’t collaborate to choose a single system supplier.

‘There have been seven proofs of concept so far, and none have been deemed satisfactory,’ Corby says. Pharmaceutical companies all have different tracking data requirements, he explains. A single computer system could tailor custom requirements, but that would fall foul of antitrust. With multiple systems, coordinating data formats quickly gets too complicated. Thanks to ‘trustless’ features that its distributed ledger technology (DLT) shares with blockchains underlying bitcoin and other cryptocurrencies, Authentag hopes to resolve these antitrust problems.

Bitcoin’s distributed ledger avoids centralised control, which has enabled it to evade laws that torpedoed previous digital currencies. Its ingenious cryptographic system minimises participants’ need to trust each other. This technology, along with bitcoin’s volatile value, fascinates people. Entrepreneurs and enthusiasts have therefore sought to apply blockchain elsewhere, especially where trust – or a lack of it – poses problems, including the pharmaceutical, biomedical and chemical industries. Meanwhile, academics and companies like Authentag and computing giant IBM are also bringing blockchain to such industries, and are at pains to separate themselves from cryptocurrency’s chaotic culture.

For bitcoin, the distributed ledger is a computerised public record of transactions made with the currency, referring to parties involved by pseudonyms. People running bitcoin software take turns adding blocks of transactions to this permanent, ‘immutable’ chain and then sharing the extended blockchain across the entire community. Decentralising the system in this way should minimise potential for people spending bitcoins and then fraudulently rewriting the blockchain to spend them again. Bitcoin’s decentralisation comes via ‘mining’, where users compete to discover a hard-to-find number by trial and error that enables them to add a block and earn a financial reward. This deliberately computationally intensive process is called ‘proof-of-work’.

Bitcoin’s successors have developed blockchain from an inflexible, passive ledger simply recording transactions to a more active computational system. For example, the Ethereum blockchain is an instruction list of computational tasks that people must pay ether tokens to add, which deters pointless activity. These ‘smart contracts’ often involve financial transactions paid out under predetermined conditions.

Now the second largest cryptocurrency by dollar value behind bitcoin, Ethereum also set a different precedent. When launching in 2014, it exchanged $18 million (£14 million) worth of bitcoins for ether, showing how blockchains could fund themselves through an ‘initial coin offering’, or ICO. Today a flood of ICOs and ‘token generation events’ (TGEs) seek to apply blockchain in every imaginable way, some fraudulent. Other high-profile issues include hacking and bugs leading to the loss of tens of millions of dollars’ worth of ether.

Claudia Pagliari, who researches data ethics and digital health at the University of Edinburgh in the UK, stresses that blockchains do bring trust advantages. Yet ‘highly publicised cryptocurrency failures through fraud, incompetence, or poor infrastructure resilience’ are making people cautious, she adds. Pagliari also thinks some companies exploring blockchain are backtracking, having realised it doesn’t offer them value. Governments, meanwhile, are ‘justifiably fearful of money laundering, criminal business transactions and plain old tax evasion’, she adds. With China and Indonesia calling for a complete shutdown of cryptocurrencies, ‘There could be a major global shakedown of crypto in the next year,’ Pagliari suggests. ‘It will be the organisations with established pipelines, governance structures and trust that win out, after which I expect we will see this normalising.’

Pagliari is studying how blockchain can enhance financial governance in global charity donations, working with non-profit organisation BitGive to address waste, theft and inefficiency. She notes that blockchain’s potential depends on where it’s applied, and that in supply chain applications, ‘Blockchain has already taken off its Sex Pistols T-shirt and started wearing a cardigan’, Pagliari says. Systems that ‘pinpoint the problem when drugs go missing’ could also help fight the US opioid addiction epidemic.

For Authentag’s ‘verified returns’ drug tracking system, called Track.One, trustless blockchain-like DLT is uniquely helpful in avoiding antitrust but enabling its users to direct its operation, Corby explains. He knows this, having previously helped establish ‘internet of things’ blockchain platform HDac.io, backed by South Korea’s Hyundai, whose TGE was valued at $258 million in 2017. A key feature of many blockchains is that users can vote to change the protocols governing them. Track.One’s users will be able to both change the system’s overall rules, as well as set the terms of individual transactions in smart contracts. It’s also designed not be hackable or allow outside interests to analyse a supplier’s business, both weaknesses of some existing blockchains. To help ensure security, rather than using a cryptocurrency token like ether to access the ledger, pharmaceutical companies will pay US dollar membership fees, Corby says.

In supply chain applications, blockchain has already taken off its Sex Pistols T-shirt and started wearing a cardigan

After Authentag builds Track.One it can then transfer its operation to other service providers or community members, ‘alleviating antitrust concerns’, Corby says. And to meet the November 2019 deadline, Authentag intends to partner with computing consultancy Accenture, which has 200,000 engineers to offer.

The opportunity to co-ordinate business activities trustlessly has also attracted Markus Kraft at the University of Cambridge’s Singapore campus. Kraft uses computational modelling to reduce industrial greenhouse gas emissions, for example in the J-Park Simulator, a model of Jurong Island, an industrial area south of Singapore. His group’s modelling shows blockchain can be a trading instrument between companies, helping chemical producers to find the cheapest electricity producers, or best value carbon emission permits available. The chemical engineers will also explore blockchain within a project to deploy the J-Park Simulator technology into the MindSphere industrial internet of things operating system from German conglomerate Siemens. 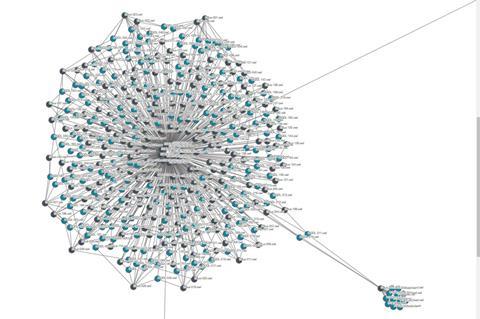 However, Kraft is uncertain whether blockchain will be used practically. ‘We are not quite sure whether in our case a methodology for non-trusted environments is actually necessary,’ he says. He points out that blockchain brings expenses in the cost of tokens that grant access and energy use. A recent study estimates that by the end of 2018, Bitcoin mining could consume the same amount of electricity as Austria.

The Cambridge team chose a much lower energy-consumption method than proof-of-work, using the Multichain system that grants permission to add blocks in simple rotation. Corby stresses that Track.One can do similarly, using ‘distributed proof of stake’. This asks everyone involved in the blockchain who they trust to add blocks and then randomly rotates through that list. This also adds blocks much faster than in bitcoin and Ethereum, which do just tens of transactions per second.

Hyperledger Fabric is very different to bitcoin and Ethereum’s blockchains, Pham insists. It has no currency or token to exchange, she emphasises – IBM runs them either as a service or in commercial models that Pham wouldn’t disclose. ‘It makes it more secure because this isn’t for public consumption,’ she says. Because participants know who each other are, if one of them hacks the system they are held accountable. Hyperledger Fabric therefore lets transactions execute before the blockchain decides where to put them, allowing more than 3500 transactions per second.

IBM has over 40 different blockchain networks in place, Pham explains, including the IBM Global Financing (IGF) system intended to streamline business payments. Another venture is Crypto Anchor Verifier, which assesses chemical substances’ quality by comparing micron-level features in images with reference images stored on a blockchain.

Also, several chemical companies are early adopters of a blockchain partnership between IBM and Danish shipping giant Maersk. ‘Currently it involves hundreds of participants to move one shipping container,’ Pham explains. ‘The administrative cost behind the shipping of one container is sometimes twice the value of the product, and it takes an extremely long time to process.’ By securely uniting previously separate systems, blockchain could eliminate holdups and should lower shipping costs.

IBM has proposed blockchains that similarly unify various healthcare data into ‘digital phenotypes’, Pagliari highlights. ‘This is exciting but also rather scary when you think about the possibilities for illicit data grabbing and profiling,’ she says. ‘However it all depends on having transparent business and operational models plus a strong governance framework, consent and enforceable regulations. The latter is the hard part, as laws have yet to catch up with the complexities of the blockchain.’

Some hope blockchain’s immutability might prevent issues like research staff tampering with clinical trial results, Pagliari adds. ‘There are also tools based on blockchain that can allow citizens to proactively share their data for clinical trials in return for a payment, which has ethical issues too.’

One independent venture looking to exploit blockchains to unify healthcare data is Shivom, which focuses specifically on storing genomic data. It hopes to enable individuals to access precision medicine, and help researchers, explains co-founder and chief executive Axel Schumacher, currently based in Munich, Germany. ‘Compartmentalised information, especially for genomics data, significantly limits effective research and drug development,’ Schumacher says. He cites a study where cancer research using biomarkers such as genetic markers have more than a 25% chance of success, compared to less than 10% without.

It all depends on having transparent business and operational models plus a strong governance framework, consent and enforceable regulations. That’s hard as laws have yet to catch up with the complexities of the blockchain

Shivom intends to help build its database using its own sequencing services, with pilot projects in summer 2018 set to scale up in 2019. It will store information in a system accommodating various flavours of blockchain, including Hyperledger, behind an extra layer of encryption to assure security. To fund this, Shivom’s TGE exchanged its OmiX token for ether and bitcoins equivalent to $35 million, reaching its target in May 2018.

Individuals with genomes on Shivom will be able to donate or sell data to researchers. blockchain’s global connectivity provides this opportunity to many countries, including those underserved by genomics. In one example, Shivom has agreed to build a database for 50 million citizens of Andhra Pradesh, India’s eighth-largest state.

While Shivom’s funding relates back to bitcoin and Ethereum, Schumacher is adamant its risks are no greater than any other software project. Meanwhile, companies like Authentag and IBM face a daily struggle to assert that they use blockchain in ways that are even less connected to cryptocurrency. Authentag’s Corby hopes that perceptions are changing. Consequently, when problems emerge, he explains, people will soon ‘know that it’s clearly related to bitcoin-type transactions, but it’s not at all related to moving a pill through a supply chain’.

Andy Extance is a science journalist based in Exeter, UK