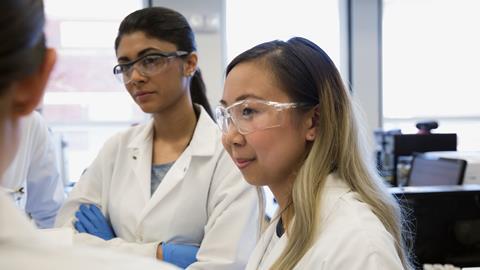 Canadian pilot to diversify research based on UK’s Athena Swan

The Canadian government has launched a pilot programme to increase diversity and inclusion in its research. It is patterned on the UK’s successful Athena Scientific Women’s Academic Network (Swan) that kicked off over a decade ago with the aim of advancing the careers of women in science, technology, engineering and mathematics (Stem) fields.

The Athena Swan programme gives out awards to research institutions in recognition of good gender equality practices, and it has been tied to government research funding. Canada’s new programme – announced on 9 May and dubbed ‘Dimensions’ – aims to address systemic barriers to research experienced by members of underrepresented or disadvantaged groups like women, as well as members of racial and sexual minority groups, and others. Dimensions will open to the first cohort of institutions in June.

‘Evidence clearly shows that increasing equity, diversity and inclusion (EDI) in research environments enhances excellence, innovation and creativity,’ said the Natural Sciences and Engineering Research Council of Canada, which is one of three research councils funding the Dimensions pilot. ‘EDI policies and practices strengthen the research community, as well as the quality, social relevance, outcomes and impacts of research.’

Canada’s research institutions are encouraged to endorse the Dimensions charter, thereby committing to embed EDI principles in their policies, practices, action plans and culture. In addition, the Canadian government will invest C$5.3 million (£3 million) in funding under an institutional capacity-building grant programme at 15 colleges and universities, which will help advance the EDI goals of these organisations.

The American Association for the Advancement of Science (AAAS) rolled out a similar US initiative, also adapted from Athena Swan, in October 2017. The programme, named Stem Equity Achievement Change or Sea Change, completed its first pilot with three research institutions and celebrated its three inaugural awards to US universities in February 2019.

‘Our Canadian colleagues have been “sitting in” with us as we have been moving along,’ says Shirley Malcom, a senior adviser at the AAAS who directs Sea Change. The programme is set to begin its second pilot this spring, with a cohort of six to nine universities.