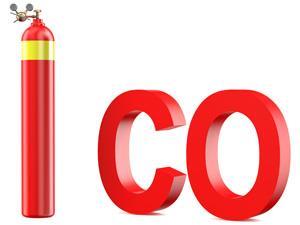 Synthetic chemists have invented two new room temperature methods for generating carbon monoxide from cheap precursors and using it straight away, so that deadly amounts of the gas never build up.

Carbon monoxide is toxic, flammable and disperses fast in air. It also happens to be one of the most useful C1 building blocks for organic synthesis. Important industrial processes use bulk quantities. But concerns over safety, especially in cylinder storage and transportation, are hampering research. Carbon monoxide surrogates do exist, but involve costly components, high temperatures or harsh conditions. It’s also vital to separate the generation step from the reaction of interest to prevent byproducts interfering.

Alternatively, collaborative work between the groups of Steven Ley at the University of Cambridge, UK, and Trond Ulven at the University of Southern Denmark, brings together chemistry developed in Denmark with flow chemistry technology from Cambridge.2 Room temperature hydrolysis of the standard laboratory reagent, oxalyl chloride, in sodium hydroxide solution generates carbon monoxide. Then, a semi-permeable tubular membrane within a carbon monoxide-carrying tube keeps the corrosive oxalyl chloride out while letting the carbon monoxide through. Integrating this within a flow chemistry machine makes testing different reaction conditions quick and easy.

‘If I wanted to try a carbon monoxide reaction I would definitely do it this way,’ says Zoe Wilson, a post-doc in the Ley group who worked on their project. ‘Talking to friends in industry, they’re very reluctant to have carbon monoxide cylinders around because you have to store them very carefully. This is a great option for those that don’t have the ability to get a cylinder.’

‘This research in my group didn’t kick off so easily because it took a while to convince the safety people that we’d be able to work in a safe manner with such a dangerous gas,’ adds De Borggraeve. ‘We used to work with balloons, which we filled from a bottle. But this is a risk and we’ve completely stopped it. Now, even if the whole setup opened up and all the carbon monoxide is released it doesn’t pose problems.’ Their internal standard states never to exceed 35ppm of free carbon monoxide in a fume hood, where 1200ppm poses immediate danger to life and health. He advises to do careful calculations before starting experiments.

‘Using formic acid as a carbon monoxide source in carbonylations is interesting, the process is getting easier and safer,’ comments Xiao-Feng Wu, a carbonylation chemistry expert at the Leibniz Institute for Catalysis, Germany. ‘The combination of oxalyl chloride activation with flow chemistry is also impressive.’