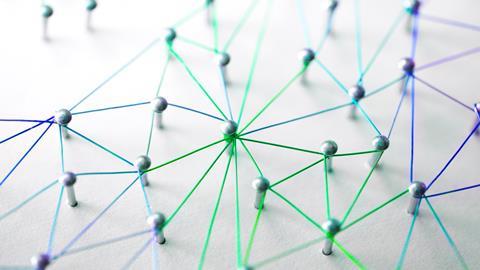 Organocatalyst selectively activates in response to light, hydrogen peroxide or acylase to control the rate of an aldol and Michael reaction

Scientists based in the Netherlands have used protecting groups to create signal responsive catalysts. The work is a step towards chemical systems that are analogous to the signal transduction mechanisms used by living cells to sense and communicate. 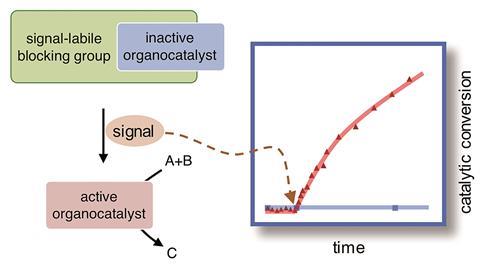 Scientists have developed catalysts that can be activated by different signals

Designing artificial systems that adapt to their surroundings like those in nature is the ultimate goal for many scientists. ‘Whereas signalling pathways are very common in nature, chemists are just learning to implement similar mechanisms in synthetic systems,’ comments Leonard Prins, an expert in developing synthetic and biological systems from the University of Padova, Italy, who was not involved in the research. ‘One of the steps that will determine their successful development is the ability to install signalling pathways for the activation of selective parts of the network.’

A key part of this process is designing a catalyst that can be triggered by different signals. Catalytic activity is usually controlled by temperature change or by adding more of one component. ‘This is a rather crude way of changing the reactivity,’ says Reink Eelkema, of Delft University of Technology, who led the new research. ‘For non-biological systems we tend to look at catalysts as entities that are continuously active or they die out.’

The signal responsive catalysts developed by Eelkema’s team take a different approach and give temporal control over chemical reactions. They attached protecting groups onto the small organic molecule proline, which catalyses both aldol and Michael reactions. By binding a boronic acid group, a light sensitive group and an ester to the active part of proline the team made three different types of pro-catalyst. Each group reacts with either hydrogen peroxide, light or the enzyme penicillin acylase. These signals cause the molecule to fragment and release the now active proline catalyst. 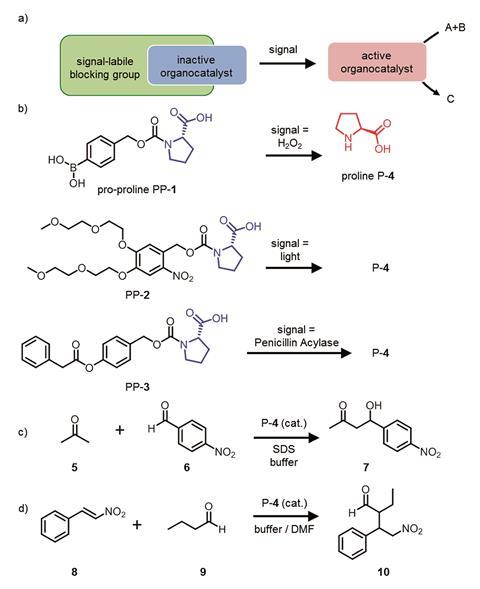 ‘Big-picture wise this is a step toward introducing communication between artificial systems’, explains Stephen Fletcher an expert in dynamic systems and catalysis from the University of Oxford, UK. ‘They demonstrate that you can make chemical reaction networks responsive to something happening in their environment and show how signal activation provides temporal control over chemical reactions.’

Rienk stresses that this work is only the start and hopes that his team will be able to extend their concept. ‘What I would ideally like is to make it reversible so that the catalyst can also switch back into its inactive form,’ he says. This would have wide reaching applications in systems chemistry and non-equilibrium reaction networks. ‘Regulation of those networks with a switchable catalyst would be super interesting – you can start to bias some of the pathways in such a network and pull it into a certain direction. That would be very new if that’s possible.’