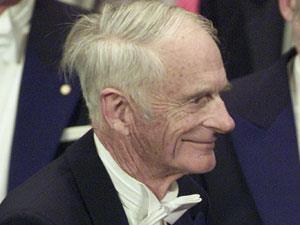 After undergraduate studies at Harvard University, US, and a PhD at Columbia University, New York, demand for chemists during the second world war meant that Knowles joined Monsanto in 1942, working on explosives, insect repellents and natural products.

Knowles rose through the ranks at the chemical firm, choosing to remain on the technical, lab-based side of things and began his asymmetric project in the mid 1960s. That project developed a catalyst that synthesised individual enantiomers of chiral compounds – removing the need for costly and time consuming separations of racemic mixtures – and subsequently resulted in an enantioselective synthesis of L-dopa, which is used to treat Parkinson’s disease.

Knowles retired in 1986, although he continued to consult for several more years. He is survived by his wife, Nancy, their four children and four grandchildren.