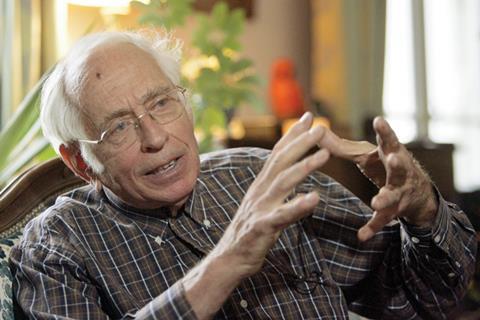 Yves Chauvin, joint winner of the 2005 chemistry Nobel prize, has died aged 84. Chauvin received the prize for his contribution to organic synthesis, providing a detailed mechanism for how metathesis reactions are catalysed, which then enabled co-recipients Richard Schrock and Robert Grubbs to go on to create better catalysts.

Chauvin was born in 1930 in Menin, on the border between Belgium and France. He trained as a chemical engineer at the Lyon School of Industrial Chemistry (now Lyon School of Chemistry, Physics and Electronics or CPE Lyon), graduating in 1954. After a brief stint in industry he went to work for the French Institute of Petroleum (IFP) in 1960, researching new processes for the petrochemical industry.

Chauvin was interested in homogeneous catalysis using transition metals, and developed two new industrial processes – Dimersol, the dimerisation of propene to isohexenes, which are used as petrol additives, and Alphabutol, which transforms ethene to 1-butene used in polythene production. But it was his work on olefin metathesis that would eventually win him the Nobel prize. In metathesis reactions – often likened to a ‘dance’ in which two couples swap partners – carbon–carbon double bonds within two alkenes are broken, and they exchange substituents before re-forming. In 1971 Chauvin published a mechanism for how the reactants interact with catalysts.1 This allowed more efficient catalysts to be developed, which made it easier and more environmentally friendly to produce a variety of molecules, including pharmaceuticals and advanced polymers.

Chauvin stayed at the IFP throughout his career becoming research director in 1991 and honorary research director after his retirement in 1995. He was then invited to work in Jean-Marie Bassett’s group at CPE Lyon where he continued to carry out academic research. He was elected a member of the French Academy of Sciences in 2005.