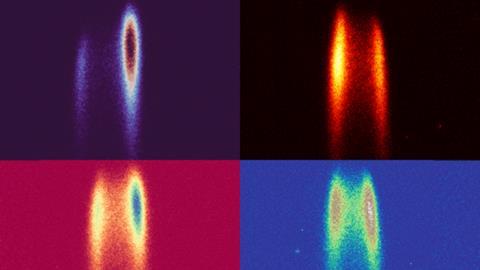 Scientists have developed a diffraction setup that improves beam splitting for complex molecules. The work could lead to exquisitely sensitive instruments to measure quantum effects.

Interferometry has been used since the 19th century to explore fields ranging from astronomy to biology – the technique was instrumental to the recent Nobel prize-winning discovery of gravitational waves. Traditional interferometers work by splitting a beam of photons and then later recombining them to create an interference pattern that reveals any differences in the paths the split beams have taken. In the past few decades, a new model of interferometry has emerged that exploits the quantum wave properties of matter – using beams of atoms and even molecules to reveal structural features and quantum mechanical effects beyond the scope of the original setups.

Larger matter particles have shorter de Broglie wavelengths associated with their quantum behaviour. This means matter-wave interferometry has the potential to be so sensitive it could reveal deviations from the standard model of physics or the value of Newton’s gravitational constant. However, its use has been limited because no one has yet been able to split beams of large molecules (with the shortest wavelengths) into only two components. Now a team of researchers in Austria, Germany and the UK has reported this so-called Bragg diffraction with the antibiotic ciprofloxacin and the dye molecule phthalocyanine. 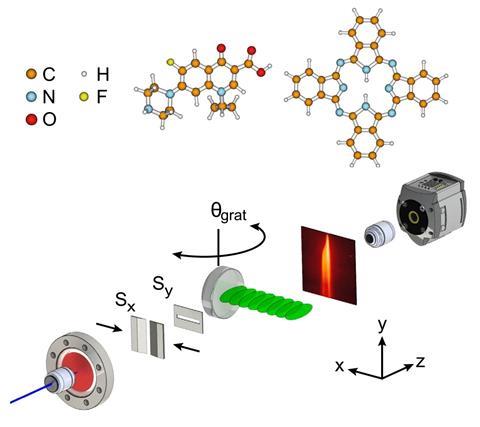 Atom wave interferometry uses diffraction gratings made of laser light to split and deflect the matter waves. This is because atoms tend to stick to the metal gratings used to split beams in conventional interferometry, and other matter interactions between wave and grating can muddy the results. Things get more complicated for molecules, which have many more ways of interacting with and absorbing energy from the laser grating.

So far, waves of molecules have been diffracted with thin (few micrometres) diffraction gratings, which splits the beam over many diffraction orders, ‘reducing the number of molecules per diffraction order considerably’, explains University of Vienna researcher Christian Brand. Having multiple diffraction orders close together also makes it difficult to investigate interactions with other chemicals and media placed in the path of just one part of the beam.

Single-order Bragg diffraction from thicker laser gratings resolves these issues, but aligning the molecular beam with a thicker grating was far from trivial. The researchers had to control the position with respect to the grating to within 10 μm, adjust the relative angles with a precision of 5μrad, and keep the set up stable while each experiment took several days to run. 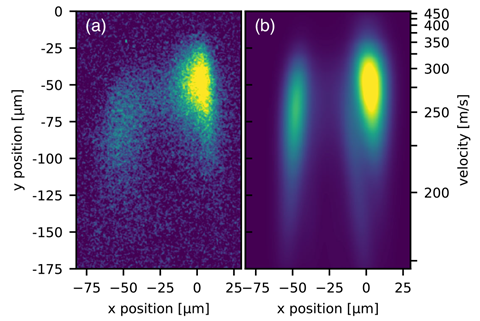 Brand and his collaborators chose to work with ciprofloxacin and phthalocyanine because of the features they share with other large molecules of interest – ciprofloxacin has multiple functional groups that make it biologically active and phthalocyanine is prone to absorbing and re-emitting photons, which may have interesting consequences as it passes through a light grating.

The molecules are first evaporated by a laser beam, which raises their internal temperature to 700-1000K, and generates molecules in a number of rotational and vibrational excited states. ‘In consequence, the internal state during the diffraction was completely unknown and continuously changing,’ says Brand, emphasising how hard it was to predict how the molecules would behave.To the researchers’ surprise the behaviour of the molecules still matched quite closely the very simple models used to describe atom beam interferometry, suggesting this interferometry approach could be widely applicable.