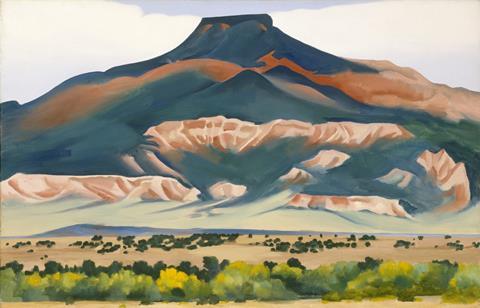 Unsightly ‘art acne’ afflicting paintings by Georgia O’Keeffe is now being tracked by an iPad app. The app’s creators hope that it will help to find new ways to protect these paintings and others – these minute bumps are thought to affect around 70% of the world’s oil paintings.

Marc Walton, who co-directs the Center for Scientific Studies in the Arts at Northwestern University in Massachusetts, discussed the effort at an annual conference of the American Association for the Advancement in Science on 16 February in Washington, DC. He recalled how, four years ago, Dale Kronkright, the head conservator at the Georgia O’Keeffe Museum in New Mexico, approached Walton with an engineering problem. He had noticed that small, unsightly protrusions about 200μm in size were forming on O’Keeffe paintings in his museum’s collection. Kronkright had determined that these defects were associated with metal carboxylate soaps, caused by a chemical reaction between the metal ions and fatty acids that are common binder ingredients in paint. These metal soaps were aggregating and pushing up the surface of the paintings, forming lumps.

‘When you have a natural paint film, it is filled with lots of long-chain fatty acids, and the fatty acids actually will react with any inorganic species that are within your painting, mainly your pigments … like lead carbonate and zinc carbonate,’ Walton explains. He says the reaction forms a metal carboxylate long-chain fatty acid complex that will then start to recrystallise, putting pressure on the painted surface and causing it to balloon. 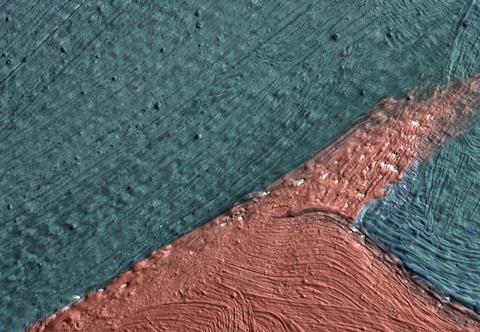 Almost all of O’Keeffe’s paintings have sustained some damage from metal soap formation, but her work from between 1920 and 1950 has been particularly badly affected. Walton suggests that this is probably related to the particular type of commercial primed canvas that O’Keeffe was using at the time.

‘Instead of stretching her own canvasses, she was buying them off-the-shelf, and they had a lot of things that would keep them more pliable, more plastic,’ he explains. ‘We think that is an intrinsic vice to these canvasses that is causing these protrusions to occur more readily than in other paintings.’

Faced with this problem, Kronkright asked Walton and his team to develop a method to monitor how these protrusions change over the coming years and decades – how they are growing and changing shape. The rate and pattern of deterioration is important because it appears that the more a painting travels to public exhibitions, the larger and more frequent such protrusions become.

In response to Kronkright’s request, Walton and his colleagues have developed an app for the iPad that can extract surface shape information, down to submillimetre resolution, in a matter of seconds. Previously, such analysis required cumbersome equipment and typically took two or three days. ‘Now, we are doing this in practically live time to be able to get the three-dimensional surface of that work of art really in a just a couple of seconds,’ Walton stated. ‘This is really important because we can take this device into the storerooms, into remote locations and we can give it to conservators to document in areas that don’t need to be a photo studio, and they don’t need to lug around heavy equipment.’

By tracking the damage in these paintings over time, as well as the environmental conditions the artwork has been exposed to – such as relative humidity, temperature and sunlight exposure – the Northwestern team hopes its app will help to paint a picture of the particular conditions that will increase artwork survival.