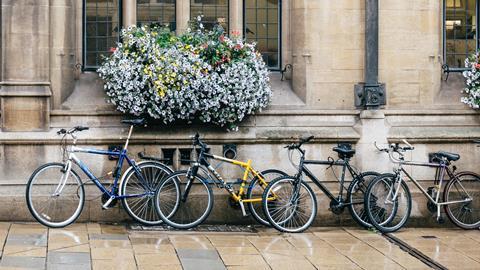 A long held belief in academia that scientific skill correlates with the prestige of a researcher’s doctoral institution does not stand up to scrutiny. When it comes to factors driving the productivity of early career faculty members, data shows that the characteristics of their current working environment and not the prestige of their doctoral training are more important.

‘Your pedigree is not your destiny,’ says Aaron Clauset, a computer scientist at the University of Colorado Boulder and a co-author of this investigation teasing out the effects of training at, versus working in, prestigious environments. The team found that the greater productivity seen in more prestigious institutions, as measured by publications, cannot be explained by preferential selection or retention of more productive researchers.

Lead author Samuel Way explains that when considering two people working at the same institution ‘the intuition from the literature is that you would expect the person who trained at the more prestigious location to be more productive’. However, their analysis of nearly 2500 early-career faculty at all PhD granting computer science departments in the US and Canada, found that this wasn’t the case. Once an individual was hired, the environment at that institution drives productivity, not any retained benefit or tacit knowledge gained from a prestigious doctoral training programme.

To isolate these effects the group used a matched pair analysis, which combs through the data finding ‘academic twins’ – individuals who received similar training, are a similar age and so on, and who work in the same field. These matches then act as a control and can be excluded as drivers of productivity.

Ruling out pedigree, one factor that did drive productivity was students. ‘Overwhelmingly students come through as a major contributor, which flips the narrative of grad school and is grounds to think about the degree to which the success of faculty members is driven by their students,’ Way says. Department size was also correlated with productivity, but only to a point, he adds. ‘There might be a sweet spot of having a department that’s large enough to have a diversity of ideas, but not so large that the overhead involved in keeping the department running crushes the productivity.’

Another surprise came from factors that didn’t affect productivity. ‘There is a huge amount of literature on productivity gaps between men and women in science and you might expect a difference in the departments with more women,’ Way says. The data showed, however, that gender ratios of the departments or students involved in the study had no effect, which ‘possibly points to the closing of the gap’, says Way.

The data shines light on factors department heads can actually influence to create a more productive environment. For Clauset though, the more general point to be made is that academia should spend less time worrying about pedigree and address any biases the system may introduce. ‘Our work basically shows that pedigree is not really relevant in terms of value to the scientific community.’