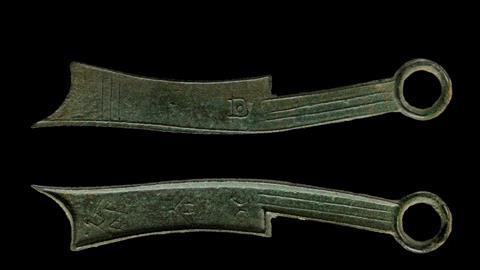 Source: © The Trustees of the British Museum/CC BY-NC-SA 4.0

A study has provoked debate about whether the ingredients in ancient Chinese recipes for bronze, Jin and Xi, were not pure metals but alloys. This would show that the bronze-making process was more complicated than expected.

But the work has been criticised by some experts. They suggest that discrepancies between the recipes and the chemistry of ancient Chinese bronze objects are due to errors in the original text, contamination and flaws in assessing their chemistry.

Ruiliang Liu, a curator of the Early China Collection at the British Museum, UK, who led the study together with archaeological scientist Mark Pollard from the University of Oxford, UK, explains that Jin means ‘gold’ in modern Chinese. But in the Bronze Age it could also mean ‘copper’ or simply ‘metal’. Xi now means ‘tin’ but its ancient meaning is uncertain.

The researchers studied six bronze recipes from the Kaogong ji, or Book of Artificers, a text written in western China about 300BCE possibly for officials who supervised artisans. Proportions given for Jin and Xi depend on the product, such as a bowl, a sword or a mirror. The recipes are the oldest-known chemical formulas written down in China. 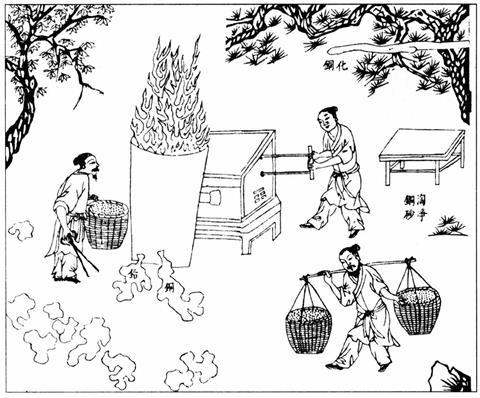 To resolve this discrepancy, the team examined bronze coins made in China at about the same time, including examples in the British Museum of rare ‘knife money’ – coins from about 400BCE in the shape of a traditional knife.

Their results suggest that either Jin or Xi – possibly both – were not pure metals at all, but intermediate alloys. Liu says it seems that Jin was a ternary alloy of copper, tin and lead, while Xi may have been an alloy of lead and copper. Ingots of these alloys were pre-prepared for bronze-making according to the proportions given in the Kaogong ji, he explains.

But other experts on ancient Chinese bronze think the results are flawed. Metallurgist Michael Notis, emeritus professor at Lehigh University, US, says that the study makes useful contributions in examining Jin and Xi. But he still thinks that Jin was copper and Xi was tin, although ingots of both metals would have been contaminated at the time. Lead may have been added to make the bronze more fluid.

Independent US art historian Thomas Chase notes that the proportions of copper, tin and lead the UK team reports in coins closely match the average compositions of bronze at the time. This suggests the main ingredient had been recycled. ‘Maybe Jin is scrap,’ he says. ‘I think that the use of the [Chinese] character Jin, meaning metal, implies that you’d take whatever metal is lying around and put it in the pot, along with an admixture of copper–lead.