The impact of the Covid-19 outbreak on the global economy is looming large, especially in the chemical and allied industries. With over 120,000 confirmed cases in over 100 countries, and over 4300 deaths, disruption of global chemical and pharmaceutical supplies looks inevitable. 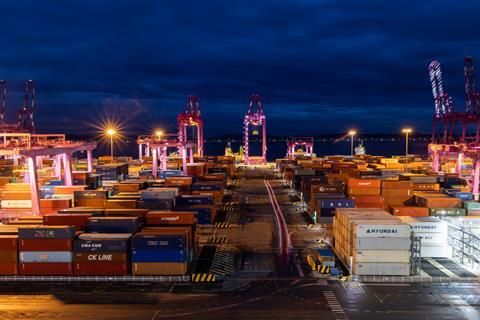 Chemicals and pharmaceuticals have highly internationalised and interlinked supply chains, and are heavily dependent on Chinese manufacturing for many ingredients.

On 11 March, the World Health Organization (WHO) declared that Covid-19 is now characterised as a pandemic. ‘All countries can still change the course of this pandemic,’ WHO director general Tedros Adhanom Ghebreyesus said, urging governments to take decisive action. ‘Several countries have demonstrated that this virus can be suppressed and controlled,’ he added. ‘The challenge for many countries is not whether they can do the same – it’s whether they will … All countries must strike a fine balance between protecting health, minimising economic and social disruption, and respecting human rights.’

China – the world’s second largest economy – remains the epicentre of the outbreak. With a 12.5% share in world trade, its imports ($2.1 trillion, £1.6 trillion, 11.7% of global) and exports ($2.4 trillion, 13.4% of global) have significant reach, impact and potential to cause supply chain shocks.

The impact is being felt acutely in pharmaceuticals, as companies struggle to get raw ingredients from Chinese drugmakers weighed down by a locked down country, closed factories and transport bans.

The US Food and Drug Administration (FDA) has warned that at least one undisclosed drug is already in short supply in the US connected to the Covid-19 outbreak. The agency is monitoring 20 other drugs where either active pharmaceutical ingredients (APIs) or finished medicines are sourced mainly from China.

All countries must strike a fine balance between protecting health, minimising economic and social disruption, and respecting human rights

Crisil, a global analytical company based in India, says India is dependent on Chinese imports across many sectors: bulk drugs (69%), plastics (44%), steel (17%), electronic components (67%), ceramics (37%), pesticides (50% of technical inputs) and solar panels (70%). Some APIs are totally sourced entirely from China, with no alternative. And while some sectors had built up extra stocks ahead of the Chinese New Year holiday period, Indian officials have predicted that stocks of pharmaceuticals, insecticides, auto parts and mobile phones will run out within a fortnight.

India exported $19 billion of generic drugs last year, roughly one fifth of global exports by volume. However, fearing acute shortages at home, the Indian government has stopped exports of 26 drugs.

China also controls over 80% of global solar panel exports. Disruptions to supply will impact major projects, causing delays and losses unless governments declare official emergencies, meaning that force majeure clauses could free suppliers and customers from their contractual commitments. Indian solar power projects worth $2.2 billion are at risk of higher costs, including fines.

Analysts believe that sectors such as aluminium, electronics, and bulk pharmaceuticals in India or elsewhere will be unable to fill the void created by China. ‘Other countries, including India, do not potentially have the scale or size to take material advantage of the opportunities available due to disruption in Chinese supplies’, said Hetal Gandhi, director of Crisil Research. It would take significant resources and time to set up additional capacity, by which time China might restart production, she adds. As the number of new infections slows across China, including in Wuhan where the outbreak began, employees in critical industries are being allowed to return to work, although production is still well below normal.

As the virus spreads, chemical markets are facing serious disruption. Restrictions to shipping and industrial production are affecting multiple supply chains, according to UK-based Independent Commodity Intelligence Services (ICIS). The impact on the US chemical sector from the China disruptions will be significant, it says.

If not contained quickly, the epidemic will have a knock-on effect in the world economy and badly disrupt global supply chains

China’s share of global polymers demand has risen from 22% in 2003 when the Severe Acute Respiratory Syndrome (Sars) crisis hit, to around 43% today, according to data compiled from the ICIS Supply and Demand Database. China is also hugely important as a global chemical producer and accounts for more than half of global capacity for several product groups including polyester, purified terephthalic acid, polyvinyl chloride, methanol and methyl tertiary butyl ether, according to ICIS.

In the polyester sector China completely dominates global net imports of para-xylene (used to produce terephthalic acid) and ethylene glycols. China is a substantial exporter of polyester fibres, films and bottle grade poly(ethylene terephthalate), but the situation is forcing buyers to look for alternatives. On the other hand, for polyolefins, China is the world’s biggest import market, and demand is now seriously disrupted.

Taking an optimistic viewpoint, Crisil analyts suggest that warming weather in the coming months could mean the worst effects of the outbreak might subside in China as early as April 2020. New infections are slowing, and tens of thousands of infected individuals have now recovered. Various vaccines and therapeutic agents are in development or undergoing clinical trials to treat or prevent the disease’s spread, but most are unlikely to be ready for at least several months.

However, depending how effectively other governments respond to the evolving conditions, by that time, supply chains could easily be just as strongly disrupted by outbreaks across Europe and the US. In the worst case, Crisil forecasts that the epidemic could well extend to the end of 2020 or beyond, intensifying the severity of impact. ‘If not contained quickly, the epidemic will have a knock-on effect in the world economy and badly disrupt global supply chains,’ said Gandhi.