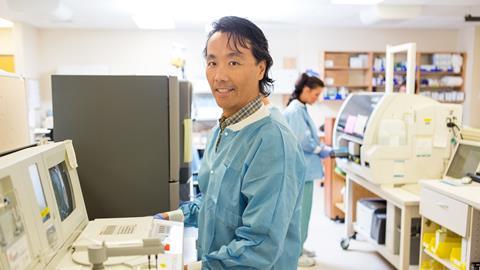 Cultural change is needed for the nation to become an innovation giant, study claims

Government interference and bureaucracy is stifling creativity among Chinese researchers, according to the first comprehensive quantitative analysis of the nation’s science, technology, engineering and maths (Stem) research system. While Chinese higher education has clearly taken huge strides, the authors argue that a major shift in policy is required if the country is to achieve its goal of becoming a world-class innovator by 2050.

Understanding the issues facing researchers has usually relied on anecdotal accounts and small focus groups, but Richard Appelbaum of the University of California, Santa Barbara and Xueying Han of the Science and Technology Policy Institute in Washington DC gathered data from 731 surveys completed by researchers at China’s top 25 universities. ‘Our research shows that the Chinese educational system stifles creativity and the critical thinking necessary to achieve innovative breakthroughs, too often hamstrings researchers with bureaucratic requirements and rewards quantity over quality,’ says Appelbaum. ‘China’s emphasis on rote learning and memorisation reinforces this, as does a strong cultural emphasis on respect for authority.’ 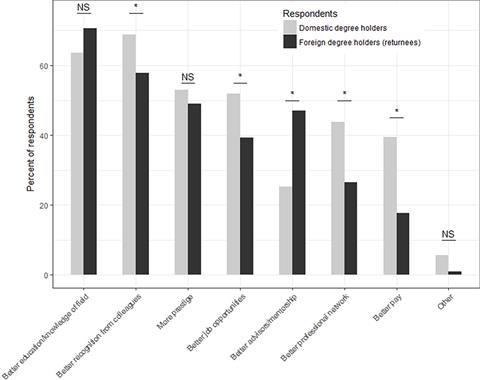 The respondents identified five top challenges: promotion of short-term thinking and instant success (37%), research funding (33%), bureaucracy and governmental intervention (31%), the evaluation system (27%) and nepotism (26%). While these challenges will sound familiar to many researchers working in other countries, there are others that set China apart, such as a perceived bias toward foreign degree holders.

Han and Appelbaum express concerns about the current direction of education in China, particularly signs that government policy is turning inward, away from ‘the openness that is central to innovative thinking’. However, they say that the vast majority of respondents are hopeful that things will change, saying they would like to see the government return control to the academic and research communities. If China wants to make this transition to an innovation-based economy successfully, it still has a very long way to go, says Han. ‘That’s because the challenges that are facing China’s research environment are not things that can be easily fixed by money. They’re cultural challenges, and that’s going to require a major shift in thinking.’

Frithjof Arp of Nottingham University Business School in Zhejiang, China, agrees that university researchers in China face multiple problems. ‘Their institutions focus on the quantity of their publications in high-ranked journals, rather than the quality of their research. There is too much bureaucracy, nepotism, interference and a lack of academic freedom.’ But these issues are familiar to any academic, he points out.

‘We must avoid the mistake of concluding categorically from this study that China still has a long way to go before it can call itself a science and technology superpower,’ Arp adds, however. ‘First, China is arguably already a superpower in a number of science and technology fields. Second, even if it wasn’t, what matters is whether the challenges for researchers in China are significantly larger than for researchers elsewhere.’ Regardless, ‘the sheer number of researchers and the significant amount of money spent on Stem research will produce innovation. All we can conclude is that China’s university sector research innovates below its potential.’

Tim Summers, a consulting fellow for Chatham House’s Asia–Pacific programme, agrees that it may be the case that there is more quantity than quality in Chinese research output, but the quantity does make a difference. He also points out that the picture varies across different fields. ‘My understanding is that in maths, for example, there are some cutting-edge Chinese researchers. So best not to generalise.’

Summers also challenges the attitude that research outputs are the ‘property’ of particular countries. ‘Research – and innovation in general – is an inherently transnational process. Many of the outputs are the result of joint international work. Similarly in the industrial field, Chinese companies are increasingly transnational in their R&D – Huawei is a good example – while multinationals are making greater use of R&D centres in China and the openness of Chinese consumers to develop their products and services.’

China’s research funding environment has improved significantly over the last few years, says Nikhil Celly at the Bauer College of Business at the University of Houston, US. ‘Funding for the top ranked universities, in particular, is extremely high and competitive with some of the best universities globally. This is significant as it allows them to fund basic research, but also attract top quality foreign researchers and partner with foreign universities.’

Celly believes that government intervention is now about pushing and facilitating research, while reducing bureaucracy. But he points out that the Chinese model is a mix of public and private so there will always be some level of state influence. ‘This may appear to be counter-productive in a purely western context, but in China, some level of state involvement may be beneficial – in terms of research funding, ability to shape and influence policy and regulations in favour of research.’

Meanwhile, Arp argues that the most damaging effects of increased ideological interference are in the social sciences where critical thinking and academic freedom are most needed. ‘Whether China innovates at its full potential and catches up with the speed of innovation in other countries depends on how its people in general, and innovation-dependent companies in particular, are managed. Will different management styles in companies – and universities – be permitted? Given the institutional environment that the study alludes to, that is in doubt.’