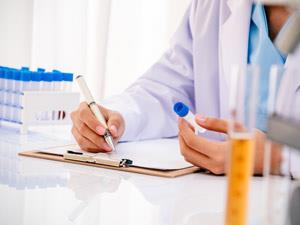 The latest high profile case of malpractice at a forensics crime laboratory is making waves in the US. Kamalkant Shah, a lab technician who worked at a New Jersey State Police drug testing unit from 2005 to 2015, was recently observed writing alleged test results for drug evidence he never actually tested. The discovery of this so-called ‘dry-labbing’ has thrown into doubt almost 8000 criminal cases in the state.

Shah’s questionable behaviour was discovered in December last year when he was seen spending insufficient time analysing a suspected cannabis sample and recording results without conducting a thorough analysis. Shah was removed from lab work and suspended without pay in January.

This was the only instance in which Shah was seen improperly conducting a test, according to the New Jersey Attorney General’s Office. However, the office says it has identified every case that he worked on in his 10 years at the lab, and will be alerting defense attorneys.

Shah, who was hired by the State Police in 1989 and worked in the Equine Testing laboratory before joining the crime lab, retired in February. He has yet to face any criminal charges.

In a 26 February letter to public defenders, Passaic County Deputy Public DefenderJudy Fallon said it remains unclear how this incident impacts already resolved criminal cases in New Jersey, especially those where the drug specimens may have been destroyed. ‘The Prosecutor’s Office has not formulated a policy or protocol yet to deal with these cases,’ Fallon wrote.

Regardless of whether or not drug samples remain that can be retested in the cases for which Shah supplied evidence, US criminal defence attorney Josh Lee of the law firm Ward, Lee and Coats in Oklahoma says the finding that he dry-labbed even once calls into question all of the testing he ever performed at the lab.

‘This is a sample that we know passed through the hands of somebody who we know for a fact was dry-labbing – that is the ultimate scientific dishonesty,’ says Lee. In the absence of additional evidence, he says there is no other choice but to overturn any convictions that were based on Shah’s work. However, he suggests that retesting could be appropriate in cases where a police department kept some of the suspected drug sample in the evidence locker after forwarding a portion to Shah for analysis.

Lee says this latest case offers further proof that the incidents of US forensics fraud that have emerged in recent years are just the tip of the iceberg. There have been multiple cases of serious misconduct at forensic crime labs in the last several years, many which resulted in the arrest of chemists working there, and could lead to thousands of retrials.

The Innocence Project, a non-profit legal group dedicated to exonerating wrongly convicted people, is recommending an independent review of the Shah case, including a root-cause analysis to determine what went wrong and how to prevent any recurrence.