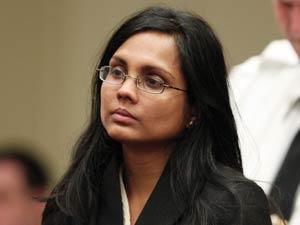 Defendants whose convictions on drug charges were based on evidence potentially tainted by disgraced former state chemist Annie Dookhan can pursue retrials without having to face more charges or tougher sentences, the Massachusetts supreme court has ruled. Dookhan, who has acknowledged that she mixed evidence samples and falsified results while working at the Hinton drug laboratory in Massachusetts, was sentenced to three to five years in prison in November 2013.

The court’s opinion stated that any withdrawal of a guilty plea should be seen as a direct result of Dookhan’s misconduct. As a result, anyone convicted using potentially tainted evidence cannot be tried as if the original plea agreement never existed, so their sentence cannot be increased.

Jake Wark, a spokesperson for the Suffolk County, Massachusetts District Attorney’s office, claims that the new ruling could lead to a wave of new trials for defendants who unequivocally admitted their guilt based on reliable evidence. ‘In a great many cases, defendants who have every option to request new testing of the substances identified as drugs have deliberately chosen not to do so because they know what the outcome will be,’ he says.

Of the thousands, or tens of thousands, of criminal cases doubt has been cast on, Wark says only six in Suffolk County have been identified as instances where non-illicit substances were certified as illicit.

‘There has been a great deal of scrutiny on all of the cases in which Dookhan was a chemist, and the defence bar has sought to throw out every single one, although there is no evidence of impropriety,’ he tells Chemistry World. Wark suggests that there is no incentive for defendants to avoid a new trial when they are guaranteed to receive the same or better outcome.

However, the American Civil Liberties Union (ACLU) of Massachusetts hailed the decision as a victory for tens of thousands of people who were denied due process by Dookhan’s misconduct. Some innocent defendants feared that challenging their convictions could subject them to even harsher convictions and sentences, according to ACLU.

In a related case, Massachusetts’ highest court said earlier this month that state law enforcement officials never conducted a thorough investigation of how many times former state chemist Sonja Farak tampered with drug evidence during the nine years she worked at a state forensics drug lab in Amherst. In April 2013, Farak was prosecuted for tampering with evidence at the drug lab where she worked and stealing cocaine. Farak, who had once also worked at the Hinton Lab, pleaded guilty to all 10 charges in January 2014.