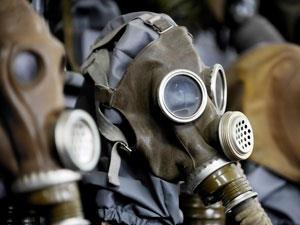 The disposal of Syria’s chemical weapons stockpile has been completed, with the destruction of 75 litres cylinders of hydrogen fluoride by the waste disposal firm Veolia in Texas, US.

The Syrian government declared their stockpiles of chemical weapons – which included precursors to the nerve gases sarin and VX as well as hydrogen fluoride – to the Organisation for the Prohibition of Chemical Weapons (OPCW), the world’s chemical weapons watchdog, in 2013 following intense international pressure. All of the weapons that were declared and surrendered at that time have now been destroyed, the OPCW says.

Under a rapid destruction plan, hundreds of tonnes of chemicals have been neutralised and incinerated at facilities in Europe and the US, as well as on board the US navy ship Cape Ray. The OPCW’s director-general Ahmet Üzümcü said: ‘This process closes an important chapter in the elimination of Syria’s chemical weapon programme as we continue efforts to clarify Syria’s declaration and address ongoing use of toxic chemicals as weapons in that country.’