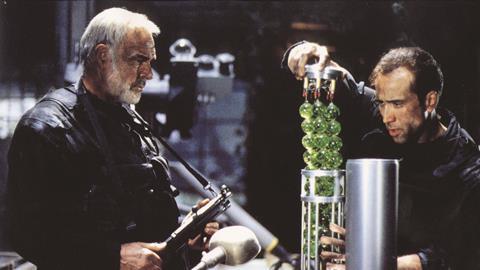 Some of the intelligence gathered on Iraq’s chemical weapons stockpile may have been based on a Hollywood action movie, according to a UK inquiry into the Iraq war.

Commissioned in 2009, the Chilcot inquiry has unveiled evidence that the UK did not exhaust all options before going to war in 2003 and relied on ‘flawed information’. One such piece of flawed intel may have taken its cues from the 1996 action movie The Rock, starring Nicholas Cage and Sean Connery. In the film, the protagonists attempt to stop the launch of a deadly VX gas attack from Alcatraz, where the nerve agent is housed in linked glass beads.

In reality, nerve agents, such as VX and sarin, are often loaded into shell munitions. But an intelligence source used by MI6 in the lead up to the Iraq war claimed that VX, sarin and soman was loaded into ‘linked hollow glass spheres’.

Following MI6’s report citing the source in September 2002, concerns were raised that the information bore a striking resemblance to the film. It was pointed out that, ‘glass containers were not typically used in chemical munitions; and that a popular movie (The Rock) had inaccurately depicted nerve agents being carried in glass beads or spheres’.

The intel report was circulated to the former UK prime minister, Tony Blair, and the then foreign secretary, Jack Straw, but did not influence the final intelligence dossier used to make the case for war.