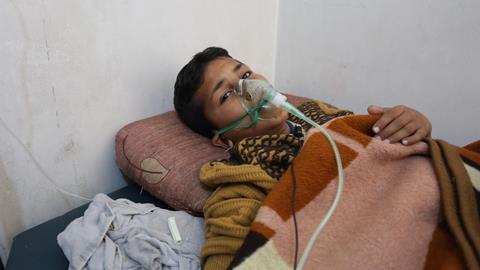 The US Treasury has sanctioned 271 employees at the Syrian Scientific Studies and Research Center (SSRC) in response to the sarin gas attack launched by the Syrian regime earlier this month that killed nearly 100 civilians. The move represents one of the largest sanctions actions ever taken by the Treasury.

The SSRC is Syria’s government agency believe to be responsible for developing and producing non-conventional weapons, as well as the means to deliver them. The centre’s 271 sanctioned employees have expertise in chemistry and related disciplines, or have worked in support of the SSRC’s chemical weapons programme since 2012 or earlier. They were found to have assisted, sponsored or provided financial, material or technological support, to the Syrian government.

The Treasury’s action means that the named individuals will be blocked from holding any property or interests in property within the US. In addition, US citizens are largely prohibited from dealings with these people.

John Gilbert, a senior science fellow at the Center for Arms Control and Non-Proliferation in Washington DC, says the SSRC’s connection to Syria’s chemical weapons programme has been well-known and widely reported for many years. However, Gilbert notes that sanctions of this nature have not been in place, and the implied threats of sanctions appear to have been ineffectual. ‘It obviously did not deter them from maintaining what knowledge or material they have had since 2013,’ he tells Chemistry World.

‘I don’t think that the sanctions themselves would encourage any of these people to resign from the institute, even if they were allowed to,’ adds Gilbert, who previously headed the US Department of Defense’s chemical and biological inspection division. ‘They may have personal and professional commitments to the regime,’ he adds, suggesting that wide international support for the Syrian sanctions would be more likely to change behaviours.

Other experts agree that these sanctions by the US are largely symbolic. ‘I don’t think it has much actual effect,’ says Dan Kaszeta, a UK security consultant who formerly served as a US Army Chemical Corps officer. ‘Other than to, perhaps, demonstrate to the Assad government that we know who works in its secretive research institute.’

Meanwhile, Gilbert remains puzzled by why the Assad regime chose to use sarin in this particular rebel-held town in the Idlib province, which neither appeared to be a hotbed of resistance nor threaten critical government resources. ‘Sarin evaporates very quickly, so if you aren’t immediately contaminated then the risk is absolutely minimal,’ he notes. ‘If it was used to support a ground defence to that area that might make sense, but there was no ground offensive by the regime.’