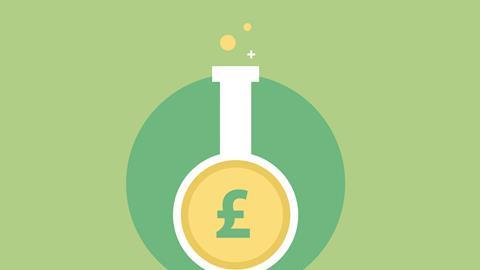 A steep cut to UK funding for research and development this year looks to have been averted. Last week, the government announced it would make £250 million available to support the UK’s association to Europe’s seven-year research programme, Horizon Europe.

It had been feared that this year’s bill for Horizon Europe – thought to be around £1 billion – would have to be met from UKRI’s core budget, prompting widespread outcry from the UK’s research community. Instead, alongside the new money from the Treasury, around £750 million of uncommitted funds held by the Department for Business Energy and Industrial Strategy (BEIS) is expected to plug the gap.

BEIS said that £400 million previously earmarked at last autumn’s spending review for strategic government priorities ‘will help to pay for’ association to Horizon Europe. That potentially leaves a £350 million hole, but it’s understood that this will be covered by money set aside in the BEIS budget for alternatives to Horizon Europe, had association proved impossible.

James Wilsdon, digital science professor of research policy at the University of Sheffield, says this means the £400 million increase in UKRI funding for 2021–22 promised at last autumn’s spending review ‘remains intact’. He said the announcement was ‘genuinely good news – as much as one could hope for at this stage in the spending game’.

The final bill for this year’s contribution to Horizon Europe is still uncertain because the programme is starting late, the UK faces exclusion from space and quantum computing research strands, and it depends on the exchange rate.

However, contributions are expected to be some £2bn annually from next year, as this year is not a full year for Horizon Europe, so ‘attention now shifts to the next spending review in the autumn, when we’ll hopefully have the next three years in the government’s R&D roadmap properly costed and laid out’, Wilsdon adds.

The extra £250 million brings total public R&D spending to £14.9 billion this year, keeping the UK on track to spend £22 billion by 2025. BEIS has reiterated the government’s commitment to invest 2.4% of GDP on R&D by 2027. But Rosalind Lowe, head of policy and engagement at the National Centre for Universities and Business, says her organisation still wants clarity on whether any portion of this year’s £400 million UKRI uplift will pay for Horizon Europe, and ‘how association will be funded in the years to come.’ The GDP goal depends on science funding being sustained to leverage the private sector investment required – a sudden boost in funding in 2027 would not deliver the same advantage, she adds. Research commissioned by NCUB suggests business will need to be investing £17.4 billion more in R&D in 2027, than it was in 2017.

The extra cash for Horizon Europe doesn’t assuage last month’s 70% cut to science research funded by Official Development Assistance, however, leaving universities and academies cancelling projects already underway. Over 5000 researchers have signed an open letter to the chancellor and foreign secretary deploring the short-term view taken, and calling for a reversal.