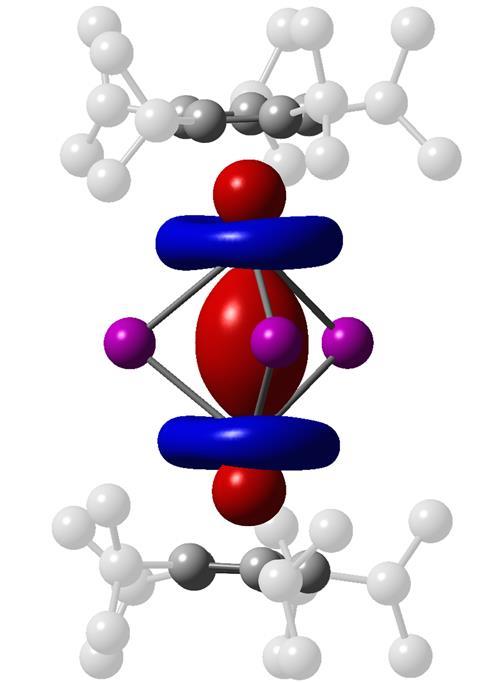 Newly discovered dilanthanide complexes are the strongest single-molecule magnets ever made. It’s the first time that chemists have isolated complexes featuring lanthanide–lanthanide bonds, and could offer a way to make powerful new permanent magnets.

Large overlapping valence orbitals are usually a requirement for metal–metal bonding – as such, the lanthanide elements’ relatively small atomic radii have previously been a problem for chemists seeking to isolate species containing lanthanide–lanthanide bonds. Now, researchers in the US and UK have taken advantage of the symmetrically compatible 5d orbitals in a recently discovered class of divalent lanthanide ions, to forge complexes featuring gadolinium–gadolinium, terbium–terbium and dysprosium–dysprosium bonds. In each of the complexes, the two metal centres equally share a single d electron.

The terbium and dysprosium complexes showed ‘enormous’ magnetic field strengths of over 14 tesla at temperatures up to 50 and 60K, respectively. The researchers behind the study note that this is ‘the largest yet reported for any molecule or molecule-based material’, greatly exceeding the previous record of 7.9 tesla at temperatures up to 10K set by a terbium complex in 2017. They write that the findings offer a potential way to create new solid materials ‘in which such lanthanide–lanthanide bonded units are coupled through exchange interactions as a means of creating powerful next-generation permanent magnets’.