Diversity is at the heart of innovation

To challenge conventions we need to include people who think differently 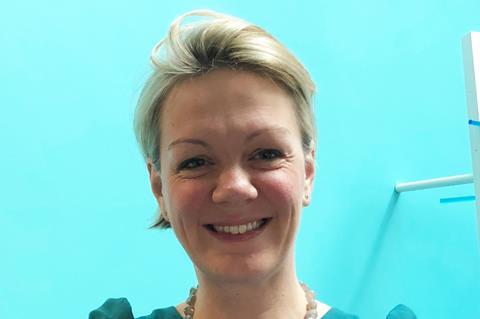 Rebekah Martin initially trained as a biochemist, joined AstraZeneca as an employment lawyer and is now senior vice president for reward and inclusion

‘Inclusion and diversity is super important for an organisation like ours,’ says Rebekah Martin, AstraZeneca’s (AZ) senior vice president for reward and inclusion. ‘Making sure that we have diverse teams, with different thinking and an environment where people can challenge conventional wisdom, that’s really at the heart of innovation.’ And innovation is the lifeblood of industry.

Martin explains that AZ has invested significant effort and resources in recent years to ensure that the value of diversity is recognised across the multinational organisation. ‘It all goes back to making sure that we are appreciating that people think differently, people have different backgrounds. All these different dimensions of diversity have something different to bring, and that’s really special.’

‘We have to look at every stage of our talent pipeline,’ she says. ‘Are we attractive as an employer of choice to a broad range of candidates?’ That attractiveness can only be maintained if it’s supported at all stages of the recruitment process – are the interview panels diverse? Have managers received training around inclusion and diversity and unconscious bias? ‘The conversation between our talent acquisition team and managers is also important,’ Martin explains. That considers the current composition of the team, what might be missing, or what might strengthen the team in terms of difference and different thinking. ‘That helps to get the right candidates in the mix.’

All these different dimensions of diversity have something different to bring, and that’s really special

But, she cautions, all of that’s useless if – once people arrive in the organisation – they look around, don’t see anybody like them, don’t feel that they belong, and leave. That means creating an inclusive environment where people recognise that their uniqueness is valued. ‘We have development programmes that focus on particular demographics,’ for example to support progression of women or employees from emerging markets into leadership roles. ‘We also have global targets around representation at senior levels and just below that.’

AZ also has a global inclusion and diversity council – a group of senior leaders from across the business, chaired by chief executive Pascal Soriot. That group has governance roles in overseeing the company’s activities, as well as setting the organisational tone from the top down. ‘But it has also been a forum to do pilots,’ Martin explains. ‘They’ve taken things that are activators of inclusion, or testing how inclusive we are in practice, or looking at our diversity data in a slightly different way. They’re piloting that and then bringing it back to the council to report whether it worked or not, as well as any unintended consequences.’

Having good data is obviously useful when it comes to tracking progress on representation at different levels, for example. ‘In some countries we have more aspects of diversity that are able to be disclosed by law, which enables us to assess where we are versus the broader population, and then measure our ambition for the future,’ Martin says. ‘And in countries where we can ask, we’ve opened up more diversity data fields so that people can share that information with us on a voluntary basis, over and above what is legally required.’

But it’s important to recognise that such data can be deeply personal, and to have robust policies in place about how it will (and won’t) be used. ‘It’s a measure of trust. It’s an indicator of how safe people feel working for you that they trust you with things which are private.’ Martin notes that in some countries, employees might be asked if they’re willing to share information on their gender identity or sexual orientation. ‘That information is not shared with an individual’s manager, for example – we don’t want to out people who don’t want to be outed!’ The data is collated for the global human resources teams to view at an aggregate level. ‘It’s about understanding what our population is like as a company, and where there’s room for opportunity,’ she says.

We’re piloting different approaches to see how they work, as well as any unintended consequences

On the other hand, it can be easy to over-aggregate data and oversimplify its interpretation, Martin warns. She points to the example of gender pay gap reporting in the UK. ‘That’s combining two different things.’ A large pay gap could highlight an equal pay issue, where people doing the same job are paid differently if they are male or female. Or it could relate to demographics and the numbers of men and women at senior levels, or a combination. ‘That’s where you also have to watch out for what you’re testing, because your output is potentially a mixture of factors, and the things you might need to do to address them would be very different.’

Ultimately, Martin is confident that this investment in creating an inclusive environment and fostering diversity is contributing to AZ’s success as a company. ‘It’s people who are doing the science. Having people who are liberated to challenge convention and the status quo means that we will be creating the future generation of medicines that are going to support patients in the years to come.’