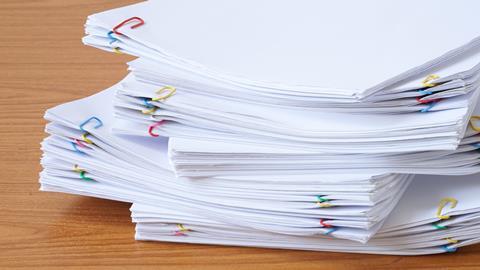 Most UK-based scientists who penned the most highly cited research in the last decade are not funded by the country’s top health funders, according to a study published last month.1

The researchers came to their conclusion after scouring the citation database Scopus for studies that had accumulated more than 1000 citations between January 2006 and February 2018. They found 1370 such papers in medical, biomedical, life and health sciences fields.

The study then examined which of the first and last authors of these highly cited studies have received a grant from the National Institute for Health Research (NIHR), the Medical Research Council (MRC) and the Wellcome Trust. They found that of the 164 researchers who were still working in academia and based at UK institutions only 59 have held an active grant from one of the three funders.

Meanwhile, 457 out of 664 board members – roughly 69% – of the NIHR, MRC and Wellcome Trust received grant funding from at least one of these funders during the same time period, the study notes. Only around 1% of these scientists have authored a paper cited over 1000 times though.

The findings echo those of a similar 2012 Nature study in the US, which also found that just under 40% of highly cited authors working in similar fields held an active grant from the US National Institutes of Health.2 Both studies are co-authored by John Ioannidis, who studies scientific robustness at Stanford University in California and is himself one of the world’s most cited researchers.

But the study doesn’t speculate on why highly cited scientists might not be receiving money from these funders nor does it suggest that there are necessarily flaws in the funding process, notes study co-author Charitini Stavropoulou, who is a health management scholar at City University, UK. Stavropoulou says the study is not suggesting that highly cited researchers do not receive funding at all since they may be getting it from sources other than the MRC, NIHR and Wellcome. It also remains a mystery whether these researchers applied for funding from these agencies in the first place.

One limitation of the study is that the authors don’t consider all the co-authors of the papers they examine, writes Ian Viney, the MRC’s director of strategic evaluation and impact, in a comment on the paper.

Mark Taylor, head of impact at NIHR, notes that citations alone can’t be used to judge impact. From the NIHR’s perspective, he says, it’s also important, for instance, to see if there are policy changes such as updates to the National Institute for Health and Care Excellence guidelines, or changes to patient pathways.