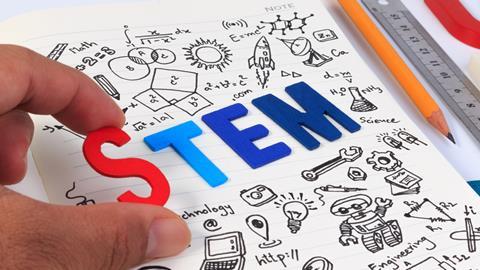 The White House has released a science education plan that aims to fuel innovation by significantly broadening the participation of historically underrepresented groups in science, technology, engineering and mathematics (Stem) fields. The Trump administration’s new five-year strategy, issued on 4 December, is endorsed by key Democrats, as well as organisations such as the American Association for the Advancement of Science (AAAS). It affirms that the US federal government has a key role to play in furthering Stem education by, among other things, helping to remove barriers to participation of minorities.

‘The United States has a higher education system that is the envy of the world, providing undergraduate and graduate degrees in Stem and conducting research that is an engine for American prosperity and security,’ the White House document states. ‘That engine depends upon a diverse pool of well-prepared students.’ The administration notes that women make up less than 30% of the nation’s Stem workforce, and racial and ethnic minorities represent 27% of the population but are only 11% of the Stem workforce.

The White House document also warns that other countries are doing a better job with Stem education, noting that India and China have outpaced the US when it comes to awarding science and engineering bachelor’s degrees. These two countries have produced almost half of the global total of such degrees, while American science and engineering degrees are only 10% of the global total. While the Trump administration’s new US science education plan describes itself as ‘an urgent call to action’, there is no mention of how much, if any, new funding will be available.

‘The tone is right – the idea of having the agencies really engaging together and building networks around these issues is important,’ says Shirley Malcom, who directs education and human resources at the AAAS. ‘The guidance that we really need to get serious about is how we are going to bring this talent into the Stem workforce across the broadest range of populations is a really good outcome,’ she tells Chemistry World. ‘It would have been great to have more on how we are going to get this done.’