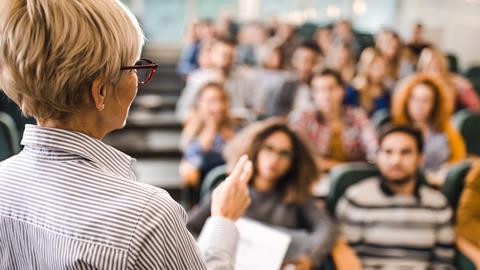 Since the phenomenon of science faculty with education specialities (SFES) was first described in 2008, these positions have not only persisted but expanded too.1

SFES are scientists who take on specialised science education roles within their discipline. The data from a 10-year follow-up on SFES roles in the California State University system reveals that they are more prevalent, more likely to be formally trained and both accepted and valued by their colleagues and administrators. Since the original survey there was a 51% increase in the absolute number of SFES respondents, from 59 to 89. Also, the numbers of respondents who were hired directly into their role increased in the last 10 years along with a concomitant decline in the numbers of those transitioning into SFES roles.

Data regarding the current state of SFES positions was collected using an online survey of SFES and interviews with deans of Colleges of Science and/or Engineering. The results were compared with earlier work investigating how many people are being hired to these roles, what type of training they have and what are their perceived impacts.

‘Counter to what a lot of people predicted, we see a dramatic increase in not only the absolute numbers of people being hired into science faculties for education, but also that more people are being specifically hired for this rather than transitioning into these roles,’ reports co-author Kimberly Tanner.

The data also revealed that more than twice as many SFES report receiving formal training in science education and more than half report obtaining at least $1 million (£780,000) in grant money for their science education work compared with less than a quarter in the previous survey. The perceived impact of these roles on science education was also positive according to self-reporting by SFES themselves and their deans, with 87.5% of deans asserting positive impressions.

However, an important disconnect emerged too. While many SFES identify as education researchers and are hired to conduct research, they do not see these as equivalent positions and highlight their value in a wide range of activities beyond research. This can lead to misunderstandings between them and administrators as to what they are hired to do and how they are being evaluated.

‘We know how to count publications and use that as a measure of value but we don’t yet know how to measure the value from outreach to the community for example,’ says Nancy Pelaez, associate professor of biological sciences at Purdue University and co-author of the original survey from 2008.2 For her, this work provides a foundation for future discussions about understanding the value of SFES and accurately measuring it.

According to Tanner, another reason for getting this evidence out there is that for those in science who have discovered a passion for teaching and learning, ‘there are many career paths out there’.