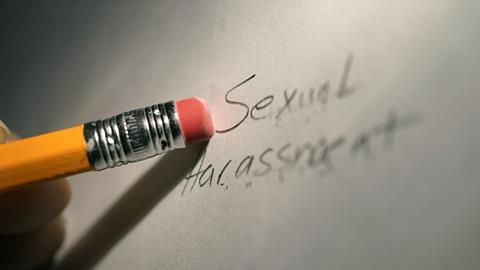 Members of the National Academy of Sciences (NAS) have voted to amend the US organisation’s bylaws so that its governing council can revoke membership for ‘egregious’ conduct violations such as sexual harassment. The motion passed during the NAS’s annual meeting in Washington DC on 30 April. Currently, the organisation has no mechanism to expel members who violate its code of conduct. The new policy will be finalised if the majority of the NAS’s nearly 2400 members vote to approve it, which is expected by mid-June.

The NAS was founded in 1863 and provides science, engineering and health policy advice to the government and other organisations, and it is one of three entities that make up the National Academies of Sciences, Engineering, and Medicine (NASEM). The NAS’s move to oust member for bad behaviour is just one part of a growing movement to root out harassment and sexual misconduct in the US science. The American Association for the Advancement of Science (AAAS) put in place a similar revocation policy for its elected fellows back in September, and it went into effect in October.

US government funding agencies like the National Science Foundation (NSF) are also following suit. The NSF, which supports science and engineering work at about 3000 universities and other organisations, announced a new policy in September whereby grantees found to have committed sexual misconduct will face various sanctions, including losing their funding. The US National Institutes of Health (NIH) issued a statement around the same time making clear would not tolerate sexual harassment from those it funds. However, the NIH was criticised for not going far enough, and the agency apologised in February for being ‘part of the problem’ and pledged to do better.

‘All scientific societies and organisations need a way to be able to express their concern about breaches of conduct, and having this kind of a policy allows a process to be put into place that can enable these issues to be addressed,’ says Shirley Malcom, who directs AAAS’s education and human resources programmes. ‘Beyond harassment, there are other circumstances that represent serious breaches of conduct where an organisation needs to be able to affirm who they are and what they stand for,’ she adds.

Maria Dulay, a chemist at Stanford University who, in March 2018 at an American Chemical Society conference, shared her experience of sexual harassment, is enthusiastic about the developments at the NAS and elsewhere. ‘It is good when those organisations that have the power to be a good model for the rest of the scientific community are doing something positive,’ she tells Chemistry World. However, Dulay also urges caution. ‘We have to be careful when we decide that we are going to kick somebody out of an organisation or do something else that could negatively impact their career – we all have to dot our Is and cross our Ts,’ she adds. ‘The victims are people, and so are the people who are being accused – as long as we do our due diligence then this is a great thing.’

Julie Libarkin, an earth and environmental professor at Michigan State University, tracks public cases of university faculty and staff who have engaged in sexual misconduct. So far, her database includes 770 ‘evidenced cases’ where there was a finding of some sort of sexual misconduct, or where the accused resigned, retired or reached a settlement before the case was concluded. She says six of these individuals are members of the NASEM, including the NAS. ‘Certainly at the university-level, an NAS membership is seen as an important accolade, so I appreciate that we are not going to have people who have that accolade that have engaged in sexual harassment and other kinds of misconduct,’ she says.