Common synthetic chemicals suspected of disrupting the hormone system could be responsible for serious health problems, warns a report released on 19 February by the World Health Organisation (WHO) and the United Nations Environmental Programme (UNEP). Nearly 800 chemicals are known or believed to interfere with hormone receptors, synthesis or conversion, according to the report’s authors. But while the vast majority are currently on the market, only a small fraction have been investigated in tests capable of identifying overt endocrine effects, the report concluded. Specifically, the report highlighted associations between exposure to these endocrine disrupting chemicals (EDCs)  and non-descended testes in young males, breast cancer in women, prostate cancer in men, thyroid cancer, and developmental effects on the nervous system in children as well as attention deficit/hyperactivity disorder. 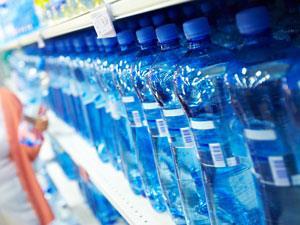 Bisphenol A, an endocrine disruptor is commonly found in plastic bottles and food containers

Thomas Zoeller, a University of Massachusetts Amherst biologist who edited the report, says lab research and epidemiological studies over the last ten years indicate that chronic disease is on the rise. ‘A lot of those are related to the endocrine system, like obesity, diabetes, cardiovascular disease, and even neurobehavioral disorders,’ he tells Chemistry World. Zoeller says associations between chemical exposure and human diseases mediated by the endocrine system have become better documented in the past decade, and lab studies have ‘shown convincingly’ that low levels of individual chemical exposure can produce health effects in animals that are similar to those seen in the human population. But, the WHO/UNEP report did underscore several gaps in knowledge requiring further research. For example, it pointed to little epidemiological evidence linking exposure to EDCs with adverse pregnancy outcomes, early onset of breast development, obesity or diabetes. In addition, the document cited almost no information about associations between EDC exposure and endometrial or ovarian cancer.

Overall, the report identified a worldwide failure to adequately address the underlying environmental causes of trends in endocrine diseases and disorders. This lack of data introduces ‘significant uncertainties’ about the true extent of risks from chemicals that potentially could disrupt the endocrine system, its authors suggested.

But Zoeller himself acknowledges the difficulty of quantifying human endocrine effects. ‘While we can develop a causal relationship between chemical exposure and outcome in an animal, we can’t do that in the human,’ he says.

However, the chemical industry has criticised the report, saying it fails to employ ‘objective criteria’ for determining data quality and study reliability, and that its authors substituted the ‘weight of evidence’ approach with their judgments. The American Chemistry Council and the International Council of Chemical Associations both argue that the document ignores the role played by other factors like lifestyle, a criticism that was also levelled at work on the EDC bisphenol A earlier this month.

Meanwhile, the European Parliament’s Public Health Committee approved a resolution back in January urging the EU to take action to reduce human exposure to suspected hormone-affecting endocrine disruptors. This group also said endocrine disruptors should be regarded as ‘substances of very high concern’ under the EU’s REACH rules regulating chemicals and suggested that current regulation be updated or replaced by June 2015. The European Parliament will vote on the issue in March.