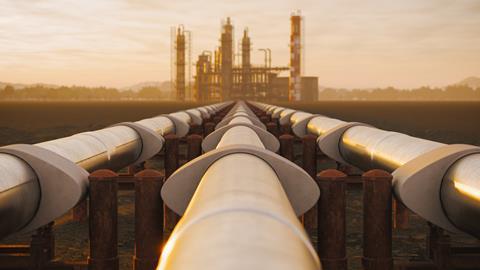 Measuring methane emissions is crucial to cutting them

At last year’s Cop26 climate conference in Glasgow more than 100 countries signed up to the ‘Global Methane Pledge’, a promise to reduce worldwide emissions of methane by 30% by 2030, relative to 2020 levels.

It is a goal that is undeniably important. Methane, which has a global warming potential more than 80 times that of carbon dioxide over a 20-year period, is estimated to be responsible for a quarter of the temperature increases we experience today.

But there’s a big problem that authorities have to grapple with when setting targets for reducing methane emissions: most countries don’t really know how much methane they are releasing into the atmosphere to begin with.

Signatories to the 2015 Paris Agreement have to regularly report a national inventory of greenhouse gas emissions, including methane, to the United Nationals Framework Convention on Climate Change (UNFCCC). But these inventories vary in terms of rigour and in most cases don’t require estimates to be verified by quantitative measurements.

Over the last few years, numerous independent methane monitoring studies have highlighted large discrepancies between measured quantities of natural gas being released into the atmosphere and what is recorded in national inventories. In particular, leaks from oil and gas infrastructure seem to account for alarming quantities of unreported methane emissions. 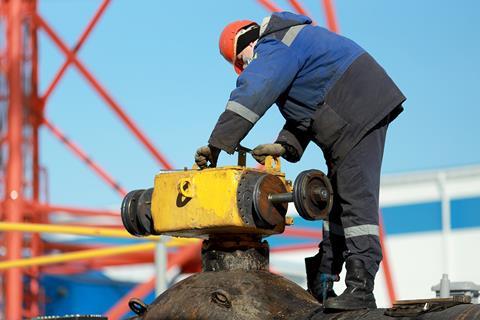 Independent measurements have identified many more large leaks of methane than are accounted for by inventory estimates. Maintenance appears to be a significant contributor to those larger leaks

Understanding why reported emissions don’t seem to match atmospheric data collected using ‘top-down’ technologies, like instruments mounted on aircraft or satellites, is key for climate policies long term, says Thomas Lauvaux, an atmospheric scientist from the University of Paris-Saclay, France. It essentially comes down to the ‘bottom-up’ approach by which inventories are compiled. In most cases a company is required to count up the potential sources of emissions it is responsible for – how many miles of pipeline and the number of storage tanks, old wells, valves, pumps, and so on. It then multiplies these numbers by emissions factors – estimates of how much methane will leak from each item. ‘Well, we know these numbers are wrong,’ says Lauvaux. ‘They’re biased. They don’t take into account all the complexity of real operating systems.’

There are three different levels of reporting used in national methane inventories, which the UNFCCC refer to as tiers one, two and three. Tier three represents the most stringent protocols, with more detailed estimates that are substantiated by a degree of source-level monitoring. Tier one reports use very generic emission factors and generally provide the least accurate figures.

When we aggregated the numbers, we discovered hundreds of giant leaks

‘Sadly, they are the most commonly used because a lot of countries just don’t have the data,’ notes Jasmin Cooper from Imperial College London, UK, whose research focuses on analysing and quantifying emissions from oil and gas infrastructure. ‘It’s because methane hasn’t really been a priority until post-Paris Agreement – that was the first time where there’s actually an emphasis that methane and other short-lived climate pollutants are important to tackling climate change.’

One major problem with the way inventories are currently compiled is that they can’t account for one-off incidents that contribute large quantities of methane to the atmosphere. In February this year, Lauvaux’s team released data collected by the Tropospheric Monitoring Instrument (Tropomi), a methane detection system on board the European Space Agency’s Sentinel 5-P satellite. The Tropomi data reveals the startling extent of methane emissions associated with ‘ultra-emitting’ events across the globe.

‘When we aggregated all these numbers, we discovered there were hundreds of these giant leaks,’ says Lauvaux. ‘And I’m talking about giant leaks, more than 20 tonnes of methane per hour – so it’s an open pipeline more or less.’

Over the course of two years from 2019–2020, Tropomi detected around 1200 ultra-emission events associated with oil and gas infrastructure, with notable hotspots in Turkmenistan, Russia, the US, the Middle East and Algeria. Lauvaux’s team calculates that these leaks account for around 8 million metric tonnes of methane lost to the atmosphere per year – around 10% of the total emissions associated with oil and gas production.

‘And we know we’re looking just at the tip of the iceberg – we know there are many more leaks below detection threshold. So for the first time we have established that, yes, these giant leaks happen more often than we thought and they represent a significant amount of methane,’ he says. ‘And to be honest, it’s a very low hanging fruit because it means if you could fix [these] leaks, you cut your emissions by 10 or 20%. It’s a very nice target for the oil and gas industry.’

Cooper, who wasn’t involved in the Tropomi project, notes that these satellite-based monitoring systems mean that it is ‘becoming more difficult for emissions to hide’.

‘An interesting finding of the study is that maintenance is a large source of emissions, as this isn’t something that gets reported by companies,’ she adds. ‘There are guidelines on how to prevent venting during maintenance but it depends on what the individual operator’s practices are.’

Lauvaux believes that his team’s dataset could help officials to try to understand why some regions seem to perform better than others at preventing ultra-emission events. ‘To me, there is more a policy aspect now,’ he says. ‘Based on these leaks, I’d like policymakers to look at this more carefully and say, “Okay, who’s doing a great job? Why are they doing a great job? And what could we implement so that tomorrow, US emissions would fall, and Turkmenistan’s and Russia’s.”’

While satellite measurements have the potential to transform monitoring efforts, these instruments are expensive and are currently hampered by low resolution that makes it hard to pinpoint the exact sources of leaks. They are also affected by weather conditions, for example cloud cover makes it much more difficult to monitor wetter regions. They can, however, be complemented by more localised measurement technology mounted on towers, vans and aeroplanes.

Many of the largest oil and gas companies already employ these techniques to some extent to detect leaks – after all, for the energy industry lost gas means lost profit. According to the Oil and Gas Methane Partnership (OGMP), $19 billion (£14 billion) of methane was wasted globally in 2021 alone.

OGMP is a multi-stakeholder initiative launched by the UN Environment Programme (UNEP) and the Climate and Clean Air Coalition and backed by the European commission. Since 2014 it has seen more than 70 companies, representing half of the world’s oil and gas production, voluntarily join up to try and tackle the sector’s methane emissions.

The biggest challenge is actually to implement regulation, not to decide on the text itself

In late 2020, OGMP released new proposals aiming to cut 45% of the industry’s methane emissions by 2025, and 60–75% by 2030. Key to the effort is a ‘comprehensive measurement-based methane-reporting framework’ that OGMP claims ‘will make it easier for officials, investors and the public to accurately track and compare performance across companies’ in ways that have not previously been possible.

‘If you sign up to the [framework] you’re basically saying that your company takes methane emissions monitoring very seriously. So you will have a very strict set of standards of what you do and don’t do,’ explains Cooper.

OGMP’s reporting framework allows companies to report emissions from each of their operations at one of five levels, with a requirement to bring all reporting to level five (the most stringent) within three years.

‘The highest level is where you will measure emissions from all the components and facilities that you’re responsible for,’ adds Cooper. ‘You’ll measure them using bottom-up methods, but you will also then verify it with a top-down method or technology to increase the accuracy and what you are estimating.’

Policies made to measure

The global methane pledge includes a commitment to improving the quality of inventory estimation methods. It’s now up to policymakers to try to encourage more companies to use the best available technology to achieve this. In December, the European commission became the first signatory to the pledge to unveil plans for meeting its emissions targets, with a new emphasis placed on monitoring methane leaks.

The commission wants to use the OGMP framework as a blueprint to improve the accuracy of inventory reports. It also wants the International Methane Emissions Observatory – an independent initiative launched by UNEP at the last year’s G20 meeting in Rome – to provide ‘additional scrutiny’ of emissions inventories, potentially by cross-referencing them with ‘other sources such as satellite imaging’.

‘That’s a pretty interesting point,’ notes Maria Olczak, an expert on methane policy based at the European University Institute’s Florence School of Regulation in Italy. ‘Because it’s the first time that the European commission gave importance to an international body that somehow will be participating in the way the regulation is implemented.’

If you could fix the big leaks, you cut your emissions by 10 or 20%. It’s a very nice target for the oil and gas industry

Another raft of measures seeks to strengthen leak detection and repair programmes, compelling oil and gas companies to regularly assess their infrastructure and fix any leaks that they detect. However, Olczak warns that these provisions are likely to draw resistance from operators. ‘The smaller companies are not in favour of doing detection and repair campaigns every three months,’ she says. ‘According to my understanding, the best companies now do it once per year, and for many of them it’s not even on their entire infrastructure.’

The commission’s plan also includes new transparency mechanisms around fossil fuel imports. The aim is to influence oil and gas producers outside the EU to similarly improve methane monitoring protocols and reduce emissions.

‘The European commission suggested to create two databases. The first one will be the database for the methane emissions that are related to the fossil fuels imported to the European Union. So, for instance, importers will need to disclose information regarding exactly from which countries different fossil fuels come and whether those countries are parties to the Paris Agreement, how they report the emissions, etc,’ explains Olczak. ‘Then the second is the global methane monitoring tool using satellite observations – here, I think, the commission focuses mostly on detecting super-emitters.’

However, Olczak notes that the commission recognised that the current lack of high-quality methane data would make it hard to implement any new tariffs on imported emissions. ‘So therefore, the European commission also mentioned in one of the provisions that it will revise its approach towards imported emissions and it will propose some additional measures by 2025,’ she adds.

Before they can be made into law, the commission’s proposals will face scrutiny from the European Council and the European Parliament in a process that will likely take at least a year. And Olczak points out that while it was always probable that the policies would be watered down to some degree, Europe’s energy crisis is likely to further decrease any appetite for measures that could increase the price of gas.

‘I think if there was one thing that I’ve learned by looking at different policy instruments to address methane emissions, it’s that the biggest challenge is actually to implement regulation, not to decide on the text itself,’ she says. ‘The implementation is always more painful.’