Eucalyptus bears both catalyst and biofuel

Leftovers from the catalytic conversion of biomass into biofuels and biochemicals need not go to waste. So say Japanese researchers who have devised a method using eucalyptus trees that regenerates residue from the process into fresh catalyst.

Many expect biomass will play a key role in sustaining society’s future energy demands. The most abundant non-food biomass is lignocellulose, composed of cellulose, hemicellulose and lignin. To convert the biomass to energy, it is hydrolysed to monomeric sugars, which can be converted into other valuable compounds and used as fuel.

The hydrolysis is often catalysed by enzymes or soluble acids, but these are expensive, and a homogeneous catalyst is hard to reuse. Even a heterogeneous catalyst causes problems: cellulose and hemicellulose convert to glucose and xylose, respectively, during the hydrolysis, but solid lignin remains and clogs up the catalyst, rendering it unusable after the first reaction.

To solve this, Atsushi Fukuoka, of Hokkaido University and co-workers tried generating fresh catalyst out of the residual lignin itself. They used eucalyptus as both the raw biomass source and as the precursor for the catalyst. Eucalyptus powder, from the trunk of the tree, composed mainly of lignocellulose, is oxidised in air to give an aromatic polymer, named E-Carbon, which catalyses the hydrolysis. ‘We speculate that the oxidation produces reactive functional groups, which further react to form an aromatic framework,’ says Fukuoka. E-Carbon and more eucalyptus powder are then milled together and hydrolysed, producing sugars in high yield whilst leaving behind solid catalyst contaminated with lignin residue. Finally, oxidation in air converts the lignin–catalyst mixture to fresh catalyst and the cycle begins again. 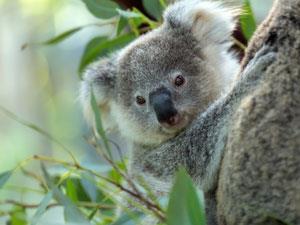 As well as being a closed cycle, this route eliminates the need for expensive enzymes, reducing the number of acids required. It is thus more cost-efficient, and can work under harsher conditions than enzymes, making the process faster and easier.

George Huber, an expert in lignocellulosic biofuels at the University of Wisconsin, in the US, stresses the work’s importance: ‘Continued advances in hydrolysis technology are critical in helping us develop economically viable technology for second generation biofuels and biochemicals.’

The system causes the catalyst to accumulate in increasing quantities after each use, so Fukuoka is now looking at ways to convert the lignin and surplus catalyst into other valuable compounds. He would also like to develop a flow reaction system to improve productivity and study the catalyst activity in large-scale reactions.