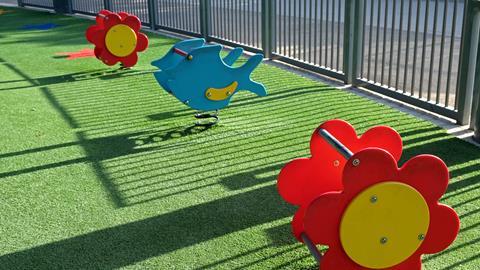 Europe raises the bar for carcinogens in artificial turf pitches

The European commission is introducing stricter limits for eight compounds found in rubber granules and mulches used as infill in artificial sports pitches and playgrounds. The concern is that these materials expose people to harmful chemicals and that they pose a cancer risk.

The granules and mulches are often made from scrap tyres, broken up and ground down into smaller pieces. Their use has increased in the last 10 to 15 years, driven partly by a ban on sending tyres to landfill. But so too have worries about their potential toxicity, sparked by concerns in the US, where a retired professional goalkeeper began collecting data on cancer cases among fellow goalkeepers. Toxicology studies, such as with chicken embryos, have also raised questions.

However, a 2017 study by the Dutch National Institute for Public Health and Environment concluded that the health risks from rubber granules on sports pitches were  negligible. Researchers at the University of Amsterdam, however, disputed the safety of artificial turf and reported that concerning chemicals are released from granules. The Dutch institute, nonetheless, recommended reductions in the legal concentrations of cancer-causing chemicals in the infill material.

As a result, expert committees working for the European Chemicals Agency (Echa) proposed restricting eight polycyclic aromatic hydrocarbons (PAHs) in a 2019 report. The report advised limiting infill material in synthetic pitches and playgrounds to less than 20mg/kg for eight specific PAHs, down from 100mg/kg or 1000mg/kg. The new rules will come into force in August 2022.

The advice from Echa experts targeted only carcinogenic risk, noting that cancer is generally known to be the most critical long-term human health effect associated with PAH exposure. All eight compounds are described as cancer-causing by the International Agency for Research on Cancer (IARC). Echa has acknowledged that some PAHs may be linked to other health effects, such as skin sensitisation and reproductive toxicity.

‘It is a little odd to read their assessment saying that we’ve got eight chemicals that we will have much tougher standards on than before, which indicates that the risk assessments weren’t adequate,’ says public health researcher Andrew Watterson at the University of Stirling, UK, who has written about artificial turf. ‘And that there’s 300 odd other chemicals and many mixtures that we haven’t looked at and we are going to have to prioritise some of these.’ This includes various endocrine disruptors and heavy metals.

Industry says that ‘all these hazardous chemicals are going to be sealed in for at least seven to eight years’, says Watterson, because additional processes encapsulate the rubber crumb using polyurethane and other elastomers. But Watterson has concerns about how long such coatings last and whether industry is looking adequately into other ways to recycle tyres and alternative materials to crumb rubber. ‘We also need detailed life cycle analyses to make better judgements [on the value of recycling tyres],’ he says.

Watterson views the 20mg/kg limits as based on pragmatism and socioeconomic factors. ‘It was at the end of the day a policy decision. It wasn’t any sort of science-based decision,’ he adds.

The restriction will not affect existing artificial turf immediately, Echa notes, but applies to any infill material used for refilling and new granules. Echa carried out a follow-up study on substances found in granules and mulches aside from PAHs, and identified 300 chemicals and also the criteria to prioritise some of them for further study. This has led Echa to recommend further assessments on the effect of cobalt and zinc on health, and on the environmental impact of chemicals such as cadmium, bisphenol A, bis(2-ethylhexyl)phthalate (DEHP) and a range of other chemicals found in artificial turf.