Brexit drives EMA to relocate, taking hundreds of jobs and significant expertise away from UK 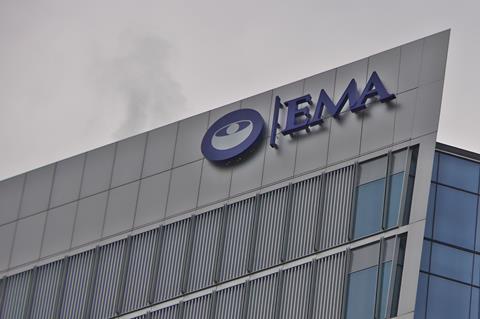 Amsterdam was the location favoured by the agency and its staff, owing to its international connectivity and facility to accomodate staff and their families

The European Medicines Agency (EMA) is set to move to Amsterdam, the Netherlands, after being compelled to leave the UK because of Brexit. The agency – with most of its 900 staff – will make the move by April 2019.

Amsterdam tied 16–16 with Italian rival Milan in the final vote among EU member states, with the tie broken by a random draw. An internal survey of the agency’s staff survey had also favoured Amsterdam, with around 81% suggesting they would remain with the organisation if it were to move there. ‘Amsterdam ticks many boxes,’ said Guido Rasi, EMA executive director at a press briefing in London. ‘It offers excellent connectivity and transport.’ There are 36,000 expert visits to EMA per year. An internal review noted Schiphol Airport’s excellent links to European and international capitals and public transport links, as well as plentiful accommodation for staff close to the proposed building.

Europe’s pharma industry also welcomed the choice. ‘Amsterdam has the infrastructure to host the agency and should lead to as little disruption as possible,’ says Elizabeth Kuiper of the European Federation of Pharmaceutical Industries and Associations (EFPIA). She expressed confidence that the member states had carefully considered all evidence.

We want to make sure companies have enough time to make necessary arrangements. Consequences such as the transfer of market authorisations will take time

Amsterdam will benefit from more than 900 specialist jobs and thousands of hotel stays. ‘This is undoubtedly a big win for Amsterdam and a loss for London,’ says Geraldine O’Keeffe at healthcare investment firms LSP Venture Capital, which is headquartered in Amsterdam. ‘This is going to be a boon for investors in the Benelux countries. Every company visits the EMA at some point, so there will be a much greater flow of company management through Amsterdam.’

Life science companies like to have offices close to the agency, says O’Keeffe, since the agency often assists them in the market approval process. ‘They are not just a watchdog, ensuring drugs coming to market are safe, but have an advisory role. They have become much better at communicating with companies from an early stage.’

It could spur some growth around the agency. ‘I’ve been contacted by some of the regulatory consultancy firms. They are looking to set up shop in Amsterdam,’ says Sander van Deventer at Dutch biotech investor Forbion Capital Partners.

UK scientific societies and industry groups issued press statements, but were reluctant to be interviewed about the move. Life science venture capital firms in London also declined to comment. Those involved in UK life sciences see few benefits for the UK or London in the EMA going Dutch.

In a statement, the Association of the British Pharmaceutical Industry (ABPI) congratulated Amsterdam and urged a comprehensive agreement between the EU and the UK on medicine safety, regulation and supply. President of the Academy of Medical Sciences, Sir Robert Lechler, called for a pragmatic transition and for the UK to ‘work to ensure that this does not negatively impact its thriving life sciences sector, which is a key source of employment and revenue.’

The EMA acknowledged that the April 2019 deadline is tight and temporary offices in Amsterdam will be needed in 2018. The agency expressed some concern that it could lose staff with the highest level of expertise. ‘Activities related to authorising, supervising and maintaining medicines have the highest priority,’ said Noel Wathion, EMA deputy executive director, who added that staff loss would be monitored on an almost daily basis. A pessimistic estimate puts staff loss at around 26 per cent. ‘We have to be careful to monitor which specialities we might lose and compensate for this loss,’ said Rasi.

[There’s an opportunity] to position the UK as a country where it is easier and faster to do complicated clinical trials with cell or gene therapy, to circumvent European bureaucracy

The EMA coordinates the European Medicines Regulatory Network, which links it to a pool of over 4500 experts. A report commissioned by EFPIA in September identified two activities most at risk of disruption that would impact on business and public health. First, a loss of expertise could jeopardise the entire market authorisation process. Second, regarding the monitoring of medicines’ safety, the report advised that risk of disruption is high here due to management of the IT systems and the ‘high volume of safety signals across the network.’

The EMA said it could conceivably run into capacity problems in addressing new regulations, such as for clinical trials. The UK’s Medicines and Healthcare products Regulatory Agency (MHRA) previously shouldered around 25% of new medicines assessments; the Dutch Medicines Evaluation Board has promised to invest €2 million to improve its capacity.

The EMA is preparing for a worst-case scenario regarding authorisation of existing medicines in the EU after the UK leaves. The agency has issued guidance that all market authorisations held in the UK must be transferred to holders that are established within the European Economic Area, if firms want to continue to sell them after Brexit.

At EFPIA, Kuiper expresses concern that time is short and the EU and the UK ‘need to move to the second phase of talks as soon as possible,’ citing supply chain risks for the pharmaceutical industry. ‘We want to make sure companies have enough time to make necessary arrangements. Consequences such as the transfer of market authorisations will take time.’ Others express incredulity that these and other issues cannot be solved in ways that avoid such huge upheavals. However, that all depends on the UK’s post-Brexit status, which is as-yet undecided.

Van Deventer believes the move will impact the UK more than the agency, though the EMA will lose a lot of know-how from the British. Still, he sees a possible silver lining to Brexit. ‘Talking to some people from innovation groups in Britain and with the MHRA, they want to position England as a country where it is easier and faster to do complicated clinical trials with cell or gene therapy, or more advanced cancer therapy, so as to circumvent European bureaucracy.’

This could be particularly fruitful for companies in areas such as gene therapy, where the regulator may have questions that cannot be answered prior to a trial. ‘This could position the UK as a hotbed for innovative medicines. People could gain data there and then approach the EMA,’ says van Deventer, whose group is supporting gene therapy trials for treating haemophilia.