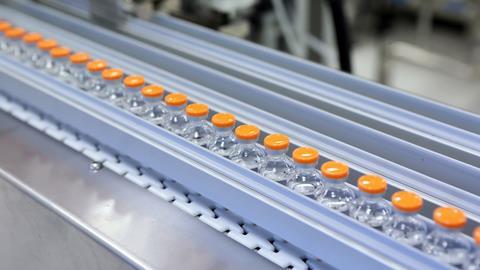 Explainer: how is the vaccine pipeline for Covid-19 looking?

Let’s start with the basics. What is a vaccine?

All vaccines look to show the body one or more molecules – antigens – that are made by or which mirror a specific disease-causing microbe. These do not cause the disease, but trigger an appropriate immune response. Afterwards, the body’s immune system is left with a memory of how to respond effectively when it actually encounters this specific pathogen.

How many vaccines for Covid-19 are in the works?

You can split the vaccines into four categories. The first are vaccines based on the inactivated Sars-CoV-2 coronavirus that causes Covid-19. The second class of vaccine is based on nucleic acids – there are five based on RNA, and two on DNA. The third class rely on other viruses to deliver antigens. The final strategy is a subunit vaccine: a viral glycoprotein with an immune boosting adjuvant.

Who’s in the lead?

Pharmaceutical firms and research groups working on DNA and RNA vaccines can move fastest, followed by those based on fragments of the virus (subunit vaccines), according to the Coalition for Epidemic Preparedness (CEPI). DNA and RNA vaccines can be made quickly as they require no culture or fermentation, and are synthesised chemically. Research groups and companies that have experience with Sars and/or Mers were out of the blocks early.

Which RNA vaccine is furthest advanced?

US biotech Moderna’s – it’s based on messenger RNA for the Sars-CoV-2 spike protein encapsulated in lipid nanoparticles. These particles are engulfed by immune cells and our cellular machinery then converts this synthetic mRNA into viral proteins. These proteins are then used to teach our immune system to recognise the virus (it is hoped), mirroring the natural process.

However, there are no RNA vaccines on the market. This leaves a question mark over whether they actually work in humans.

BioNTech and Pfizer have also announced their own trials of RNA vaccines. BioNTech has experience developing RNA vaccines, although its vaccine pipeline focuses on cancer. Imperial College, the Chinese army in concert with Walvax Biotech, and Curevac are the other developers.

Altogether 15 firms and research groups have an RNA vaccine in pre-clinical assessment.

What about DNA vaccines?

Inovio Pharmaceuticals has been trialling spike glycoprotein-based DNA vaccines. Volunteers receiving the vaccine have been treated with a handheld device that delivers electrical pulses that create temporary pores in cells near the injection site, allowing viral DNA to enter them. This strategy was first developed for Mers.

DNA vaccines have been in the works for some time. They have a good safety record, but again none have been approved, mostly because they did not generate a strong enough immune response. Vaccines that require an electroporation device may be a drawback when administering them to millions of people, although not all DNA vaccines need them.

Eleven other DNA vaccine candidates are in pre-clinical tests. A handful of DNA-based vaccines are approved for veterinary use showing that they do work – in other animals at least.

Vaccinating with inactivated viruses is an old strategy – could it work for Covid-19?

This approach worked for polio, rabies, hepatitis A and other diseases. The entire virus goes into the vaccine to stimulate a broad immune response. However, generating functional viruses could be time consuming and tricky for Sars-CoV-2 because, as a biosafety level 3 pathogen, it requires extra precautions until it is chemically inactivated.

Sinovac in Beijing is testing an inactivated vaccine. It reported last month that this vaccine induced neutralising antibodies in rodents and in macaques.

The University of Oxford’s vaccine caused a buzz. What’s this all about?

The team led by Sarah Gilbert had been developing vaccine candidates for Mers, influenza, TB, Zika and plague using a viral vector. This vector is a weakened version of a common cold virus (adenovirus) that infects chimps, which was tweaked to deliver its cargo to humans. The genetic material to build Sars-CoV-2 spike glycoproteins was then inserted into the vector, in the hope that this would elicit an immune response to this vital viral protein.

Preliminary results from six vaccinated monkeys challenged with Sars-CoV-2 found that they didn’t develop Covid-19 in their lungs, but virus levels in their noses were the same as unvaccinated monkeys. This might mean that those receiving the vaccine would be protected, but could still infect others. This phenomenon has been recorded with the acellular pertussis vaccine.

There are at least a dozen other viral vector vaccines in pre-clinical tests.

Forget about other viruses – what about injecting weakened Sars-CoV-2 itself?

Injecting weakened or attenuated microbes has a long history. The extremely effective yellow fever vaccine is a live vaccine in use since the 1930s, as is the measles vaccine. The old-fashioned approach was to culture the virus in suboptimal conditions, so that it adapted, for example, to a lower temperature than the human body. A modern alternative is to edit an organism using Crispr, so that it triggers an immune response but no disease.

Manipulating the genome of Sars-CoV-2 isn’t straightforward though. It has one of the largest genomes of an RNA virus. Another downside of live viruses is that they can cause the disease in immunocompromised people.

What about subunit vaccines?

Instead of relying on a whole virus, these vaccines pack the Sars-CoV-2 spike protein in a nanoparticle to elicit an immune response. An extra adjuvant is often needed with this approach. Novavax is trialling a vaccine in Australia that uses this technology with results expected in July. A collaboration between GSK, Clover Pharmaceutical and Dynavax also has one in clinical trials. Despite there only being two subunit vaccines in clinical trials this approach is extremely popular with vaccine makers – almost 50 are in preclinical development.

Are any other novel approaches in the pipeline?

The WHO lists eleven groups using virus-like particles (VLPs), which mimic the structure of the coronavirus but are not infectious. Artes Biotechnology has a particle based on duck hepatitis B virus. Medicago derives VLPs from plants and has vaccine candidates for flu, rotavirus and norovirus in clinical trials too. It is carrying out pre-clinical studies of a Sars-CoV-2 VLP, with human trials planned this summer.

What pitfalls in vaccine development have scientists worried?

Lab animal tests with Sars and Mers vaccine candidates have raised concerns that they might worsen the severity of the disease. This has happened before with an inactivated vaccine for a cat coronavirus and for a viral respiratory disease in children.

This may be linked to a particular immune response, called a type 2 helper T-cell response (TH2). A vaccine that induces a strong TH2 response can lead to a more severe case of the disease following subsequent infection. The preferred response for a virus is a TH1-type immune response, which is often reduced in the elderly.

It is crucial that the chemistry and contours of the spike protein are displayed correctly in any vaccine. Mistakes here might generate antibodies that bind to, but do not neutralise the virus. This can boost viral replication or form complexes that trigger more inflammation. These are hypothetical concerns thus far.

With the pandemic waning in many countries is a vaccine still a priority?

Most people have yet to encounter the virus. Recent tests showed that, on average, only around 5% of people have antibodies to the virus. The result of repeated epidemics will be unacceptably high mortality, severe economic disruption and major changes to our way of life. Also, it seems that having the infection is no guarantee of future protection.

Could this rush to develop a vaccine compromise patient safety?

A vaccine that harms people’s health would be a disaster and could setback future vaccination efforts. Despite pressure for a vaccine, regulators will want to proceed cautiously.

Good animal data can highlight safety and efficacy issues, but ultimately vaccines have to be tested in people. One way to speed things up would be to deliberately infect healthy vaccinated adults with a live virus – a strategy that comes with obvious dangers.

Who will the likely winner be in the vaccine race?

Impossible to say. What is almost certain is that eventually there will be multiple approved vaccines for Covid-19. The leaders now are the 16 vaccine candidates in clinical trials.

When will mass vaccination start?

Depends how you define start. It might be possible to expand Phase 3 trials, perhaps starting with medical workers and moving onto other sections of society who are more exposed, in ever larger groups.

A number of vaccine producers say they are aiming for an autumn rollout. Some scientists guesstimate that vaccines could be more widely available in early 2021 in Europe and North America. The challenge of manufacturing billions of doses of vaccines, especially in the case of newer platforms, should not be underestimated.