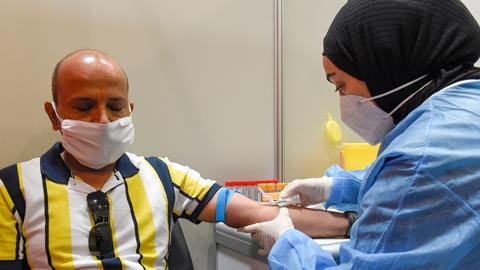 For months most scientists have downplayed the prospect of a Covid-19 vaccine being approved this year. Recently though, the head of the Food and Drug Administration (FDA), Stephen Hahn, has said that he is willing to consider bypassing the usual approval process to get a vaccine as soon as possible. Authorisation could be agreed before phase 3 clinical trials are complete, he said.

The news and recent missteps by the FDA in its authorisation of hydroxychloroquine and convalescent serum – a blood product derived from Covid-19 sufferers – to treat coronavirus has many worried that vaccine approval might be swayed by the White House’s push to roll out a vaccine before the US elections on 4 November.

The FDA has two paths it can go by. First, there is standard approval of a vaccine, which involves a risk-benefit analysis. This requires by law that the agency agrees that there is ‘substantial evidence’ that the vaccine is safe and effective. This is the usual standard for drug and vaccine approvals. The alternative route is an emergency use authorisation (EUA), permitted during a public health crisis. In order to issue an EUA, a vaccine must be shown to be safe. However, instead of substantial evidence, the legal standard is that it ‘may be effective’ given the ‘totality of scientific evidence available’.

‘Substantial evidence is a very robust standard. That is the bread and butter of the FDA,’ says Ana Santos Rutschman, a health law expert at Saint Louis University. EUAs have not been used for entirely new vaccines before, she notes, and the standard is too flimsy for a vaccine given to healthy people.

Nobody is saying the usual review process shouldn’t be sped up for a Covid-19 vaccine, says Rutschman, but the bar should be set at substantial evidence, not ‘the more wishy-washy’ EUA standard. Mistakes made in granting an EUA to early vaccines could have serious public health ramifications.

The FDA’s record with EUAs this year has already hit confidence in its independence. ‘I have concerns about the way emergency use authorisation has been used throughout the pandemic,’ says Jonathan Kimmelman, a bioethicist at McGill University in Montreal, Quebec. Hydroxychloroquine was granted an EUA for Covid-19, then withdrawn. More concerning for many is the EUA granted for convalescent serum, which Hahn wrongly said would save 35 out of every 100 people who received the treatment. Hahn apologised two days later.

‘We have [convalescent serum] which may be effective, but we haven’t been able to evaluate it largely because the FDA has facilitated its use outside the context of clinical trials,’ says Kimmelman. A clinical trial becomes more difficult to run when the public and doctors already perceive that a treatment is better than placebo.

The FDA has said that it would expect a Covid-19 vaccine to prevent disease or decrease its severity in at least 50% of people who are vaccinated. Its safety and efficacy would be closely monitored after approval, it noted.

There are downsides to greenlighting a vaccine if it doesn’t work as well as expected. ‘Not everyone understands that an EUA doesn’t mean that the FDA has certified that the intervention has been proven safe and effective, but I think many people can interpret the granting of an EUA as such,’ says Kimmelman.

If a vaccine is rolled out, with 50% efficacy, ‘the likelihood is that people will behave as if they were immunised. It might undermine efforts to curb hotspots of Covid-19,’ says Rutschman. Widespread distribution of a suboptimal vaccine could impede subsequent vaccine trials and there are risks in fast-tracking a vaccine.

Rutschman faults the language in the most recent EUA for ‘praising the [Trump] administration and its success in its response to the Covid crisis’, which the FDA has nothing to do with. ‘I cannot point to any other time in the history of the FDA when there have been so many red flags,’ she adds. ‘The announcement of the EUA on convalescent plasma was done from the White House on a Sunday night on the eve of the Republication convention, and then the president went to the convention and promised approval of the vaccine by election day.’ She is concerned that the FDA is on course for ‘a poorly considered authorisation’ of a Covid-19 vaccine.

Russia was heavily criticised recently for approving its own vaccine without publishing data or waiting for a phase 3 trial. When the data was published concerns were immediately raised about its quality.

The European Medicine Agency (EMA) said it needs to have robust information on any vaccine’s safety, efficacy and quality for market authorisation. It doesn’t have an equivalent system to the EUA in the US.

The EMA is assessing Covid-19 vaccine data as it becomes available. ‘Formal assessment can take place in a very short timeframe, because the data have already been scrutinised during the rolling review,’ said an EMA spokesperson.

The EMA itself does not assess vaccines. Rather a committee appoints a rapporteur country to prepare an assessment report, alongside a separate co-rapporteur. ‘The EMA is not a European FDA,’ says Stephen Evans, an epidemiologist at the London School of Hygiene & Tropical Medicine and long-time expert adviser to the EMA. ‘There is very little possibility of a single government exerting pressure on the EMA.’ The European commission may do so, but approval ultimately rests with member states. The agency is viewed as more insulated from political pressure than the FDA.

The pharma industry is cognisant of concerns about fast vaccine approvals. Moderna, Pfizer and AstraZeneca are testing their candidates in late-stage clinical trials. These three and six other drug companies issued a joint pledge to ‘stand with science’ and only submit their vaccine for approval or an EUA ‘after demonstrating safety and efficacy through a phase 3 clinical study’ that meets the requirements of regulatory agencies.