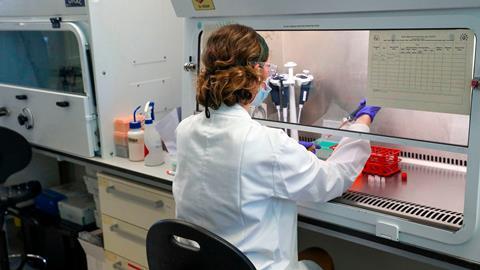 The UK is set to launch the world’s first study that will deliberately infect young adults with Sars-CoV-2. The human challenge model will be used to investigate potential treatments and vaccines for Sars-CoV-2 – provided the study is given the go ahead by an ethics panel.

The human challenge study will recruit volunteers aged between 18 and 30 in a partnership between Imperial College London, clinical firm hVIVO and the Royal Free London NHS Foundation Trust, with £33.6 million of UK government funding.

In the announcement, it was noted that human challenge studies will make it possible for scientists to compare the efficacy of vaccine candidates by testing them side-by-side to establish which is most effective. No specific vaccine candidates for human challenge trials have been confirmed. Initially, though, the study will investigate the viral load required to cause Covid-19.

Johns Hopkins estimates global deaths have now passed one million, as cases approach 39 million. The disruption to economies and societies has been colossal making a solution to the pandemic urgent enough to contemplate riskier studies of Sars-CoV-2.

Around 10 vaccines are in phase 3 trials and most involve tens of thousands of volunteers. These must wait until enough people are infected to calculate efficacy, comparing vaccinated and placebo groups. A route to fast-tracking vaccine development is do challenge studies. ‘Instead of waiting for individuals to get infected naturally [as happens in phase 3 trials], we artificially challenge them with the virus,’ says Peter Smith, an epidemiologist at the London School of Hygiene & Tropical Medicine.

Should the London study get the green light, the volunteers will be carefully monitored. ‘Any severe disease or accidents from vaccine toxicity would be caught early and addressed decisively in a controlled medical environment,’ says bioethicist Nir Eyal at Rutgers School of Public Health, who has advocated for such trials.

If approved by regulators and the ethics committee, the trial is expected to start in January with results expected in May 2021.

Challenge studies have a long history and in the past 10 years volunteers have been purposefully infected with pathogens including influenza, dengue and malaria. The UK has expertise and experience in the area. Adrian Hill’s group at the University of Oxford has given volunteers malarial parasites to test vaccines, for example.

Nonetheless, Sars-CoV-2 poses special difficulties compared with pathogens such as malaria. For those other deadly diseases, ‘as soon as a volunteer becomes sick, they are promptly treated’, says Smith, ‘so serious consequences of disease risk is more or less eliminated’. Existing treatments for Covid-19 are not as effective.

The mortality risk is ‘probably three per 10,000’ for volunteers, says Smith – ‘not a negligible, but a small risk’. There are unknowns, however. The after effects of infection, which for some people are prolonged, are not well understood.

‘The virus may create risk factors for severe outcomes later on,’ says Eyal. ‘These elevate the potential risks for study participants, but they likewise elevate the social importance of conducting these studies.’ Delays in vaccine rollout will result in more people becoming infected and suffering long-term consequences.

Ethicists who support challenge studies stress the importance of informed consent. Participants will need to comprehend the risks. The group 1DaySooner has already signed up 38,000 volunteers to take part in challenge trials for vaccines and treatments.

However, an advisory group to the World Health Organization (WHO) has noted that challenge studies in young adults cannot necessarily be extrapolated to older or high-risk adults.

Many researchers remain wary of challenge studies. ‘This is a nasty virus and we are learning more and more about its long-term effects,’ says Dennis Burton, an immunologist at Scripps Research Institute in La Jolla, California. ‘I’d hope we would get an answer from the vaccine trials that are now ongoing, without having to do challenge studies.’

Danny Altmann, an immunologist at Imperial College London, says pressure has been building to allow challenge studies for Sars-CoV-2. ‘But this would be really different from anything that I’ve seen an ethics committee pass before,’ he says. ‘In other challenge studies, you can offer volunteers a cure or treatment.’

Others are even more adamant. ‘I think it’s crazy, because it can kill you,’ says virologist Vincent Racaniello at Columbia University, New York. ‘Even young people die. They die less frequently, but they can die. How can you have a trial where one of the side-effects could be death? It doesn’t make sense to me.’

Hill explains that, in any challenge study, Sars-CoV-2 would be administered nasally at a dose advised by the WHO. ‘We are not testing [vaccine] efficacy in the lung, we are infecting the upper respiratory tract with low doses of virus.’

If after vaccination you can stop a person’s nose being infected, or they clear the virus after two or three days, that is a promising result, says Hill, who is part of a group at Oxford designing a challenge model. ‘People are estimating risks for people who become symptomatic and not under constant medical supervision,’ says Hill, but the risks in challenge studies will be lower.

It is not certain, however, that regulators would accept challenge studies as proof of efficacy, and larger safety trials would still be needed too.