Extent of pharmaceutical pollution on every continent on Earth revealed 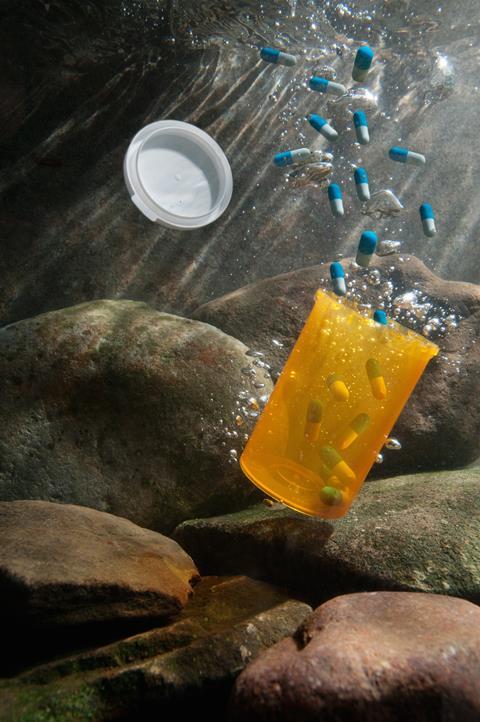 Something in the water. Pharmaceutical pollution has been found in waterways around the world in the largest study of its kind

The global extent of pharmaceutical pollution has been revealed in a new study that has also shone a spotlight on contamination hotspots around the world. A lab in York in the UK worked with samples from 259 rivers, encompassing 104 countries on every continent to build-up a picture of contamination of waterways with drugs.

‘This is the first time, using one huge dataset, we are able to take a comparative view of pharmaceutical pollution across the world,’ says John Wilkinson at the University of York, UK, where water samples were shipped by collaborators for high-performance liquid chromatography-mass spectrometry. The survey involved the cooperation of 86 institutions worldwide, with a consortium of 127 researchers. Previously, extensive data on pharma pollution was only available for the US, Europe and China.

Samples were collected at 1052 locations, including 36 countries not previously studied, and screened for 61 active pharmaceutical ingredients (APIs). Each partner collecting samples followed the same protocol and samples were analysed on one instrument using the same method. The most contaminated sites were in sub-Saharan Africa, south Asia and South America. Waterway pollution is the result of production, disposal or human use of pharmaceuticals. 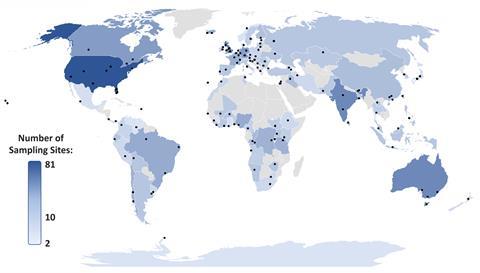 ‘A lot of places where we haven’t done a good job of monitoring for pharmaceutical pollutants are actually where we find the highest concentrations,’ says Wilkinson. Concentrations of at least one API at a quarter of the sampling sites were greater than concentrations considered safe for aquatic organisms. Some pharmaceuticals in rivers are known to influence the sexual development and behavior of fish and other animals.

Some of the highest API levels were found at sites close to pharmaceutical plants, such as Barisal in Bangladesh and Lagos in Nigeria. Sites where untreated sewage is discharged, such as Tunis in Tunisia and Nablus in Palestine, and sites of waste dumping, such as Nairobi in Kenya and Accra in Ghana, also had high levels.

Regions with looser regulations on access to medicines, such as availability of antibiotics over the counter, showed a greater variability and range of contaminants. This was especially true in African countries, where concentrations of antibiotics in rivers were threefold higher on average than Asian countries.

The most polluted site was in La Paz, Bolivia, associated with untreated sewage. Another highly polluted location was in the city of Lahore, Pakistan. The site in Barisal, Bangladesh, went furthest above the safe limit for a single API: the antimicrobial metronidazole was more than 300 times the target. Some rivers in the US and Europe also contained concentrations of pharmaceuticals above levels considered safe for aquatic organisms. This was mostly in arid locations such as Dallas, Denver and Las Vegas, where river flow could not provide significant dilution of wastewater.

‘This study used the same techniques to detect pharmaceuticals in different places. That’s quite unique and means the levels are comparable,’ notes Ad Ragas, an environmental scientist at Radboud University in the Netherlands. He suggests that improved wastewater treatment should accompany better access to drugs. ‘We can also develop pharmaceuticals that better degrade as they reach the environment or break down in the sewage treatment plant.’