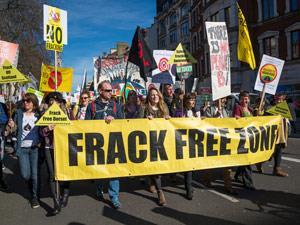 Fracking still raises passions within the UK, and further information is unlikely to convince the public of its benefits

Fracking proposals in the UK have so far been accompanied by significant public unease. Now a new study finds that the government and energy companies are failing to tackle people’s concerns and this may have worsened the controversy over recent years. If policymakers listened more and lectured less, then perhaps the debate could move on.

When discussing fracking, policymakers and institutions concentrate on promoting a scientific understanding of the safety risks and potential benefits, the study explains. But the public is worried about other issues, which are not being properly considered, concludes Researching Fracking in Europe (ReFINE), an independent research consortium. These concerns include the trustworthiness of the institutions involved, importance of inclusive and democratic decision-making, and whether alternatives to fracking, and ‘worst case’ scenarios, have been sufficiently discussed.

The study concludes that there are several lessons for policymakers seeking to discuss fracking with the public. For example, they should submit the possible benefits to the same level of scrutiny as the risks, and try to learn about the public’s concerns while not allowing technical assessments of feasibility and safety to monopolise discussions.

‘Our findings highlight a clear disconnect between how fracking policy is portrayed by government and policymakers, and perceptions amongst members of the public,’ comments study author Phil Macnaghten, professor of technology and international development at Wageningen University in the Netherlands. ‘Arguably this disconnect has exacerbated the fracking controversy over recent years. A key lesson for policymakers is that whilst assessment of the risks and rewards is important, a much more open approach towards public engagement is needed to ensure that the debate is not confined to such limited scope.’

Stuart Haszeldine, professor of geology, and carbon capture and storage at the University of Edinburgh, says the UK government approach to fracking ‘will become a textbook example of how not to develop a new industry’. He continues: ‘It has persistently been very unusual, and will eventually be perceived as negligent, that the UK government has not enabled the fracking debate to proceed through research, flow of information, public discussion and consensus building. Fracking now has an immediate emotional perception of “no”.’

In Haszeldine’s area of carbon capture and storage, he says they have discovered through numerous public engagements and formal consultations that ‘more facts are never the answer’.

‘What the public needs is confidence that central government has their community interests foremost, and confidence that commercial operators wish to behave safely and honestly, rather than being regulated to do so by anonymous bureaucrats,’ he concludes.