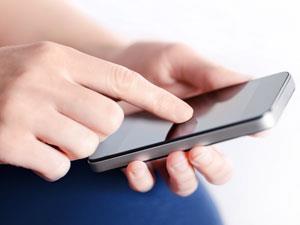 Scientists in China have flattened carbon nanotubes (CNTs) to improve the quality and yield of graphene.

Since its isolation in 2004, graphene (single-layer graphite) has become a worldwide phenomenon and, with its incredible properties, is expected to have a huge impact in various fields. However, one of the biggest obstacles to its widespread industrial use is large scale production.

A popular method for making graphene nanoribbons (GNRs) currently is to ‘unzip’ CNTs – to chemically or physically cut along the length of the nanotube and unroll it. However, the directionality of the unzipping is difficult to control and often leads to uneven GNRs or those with unzipped CNT residues.

Ya-Li Li and other researchers at Tianjin University have used flattened CNTs unzipped using acid oxidation to solve this problem. When the diameter of a CNT is large enough in relation to its wall thickness, it will naturally flatten, similar to how the sleeves of clothes will collapse under their own weight, rather than remain cylindrical.

The two folded edges of the flattened CNT present high energy C–C bonds. These are preferentially attacked by the acid to allow directional unzipping, producing uniform GNRs, with straight edges and in greater yields.

The researchers say the simplicity and scalability of their approach will also allow large scale production.

‘We have already achieved macroscopic quantities of flattened CNTs by chemical vapour deposition,’ explains Li, ‘[we then] need only to immerse the flattened CNTs in acid.’

Although the work is built on techniques already demonstrated, Tawfique Hasan, a Royal Academy of Engineering research fellow and expert in graphene at Cambridge University, UK, agrees that the flattened CNTs’ potential for large scale production is very significant.

‘This method vastly improves the quality and yield,’ he says. ‘This simple and ingenious strategy may well represent the very first scalable production of uniform and straight GNRs.’

Although Hasan would like to see these GNRs used in electronic devices, the researchers are currently focusing on fabricating larger graphene assemblies.