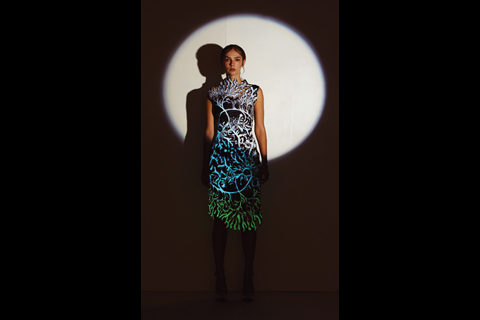 The fractal crystal pattern, transferred onto a dress, won the researchers a prize at a design competition 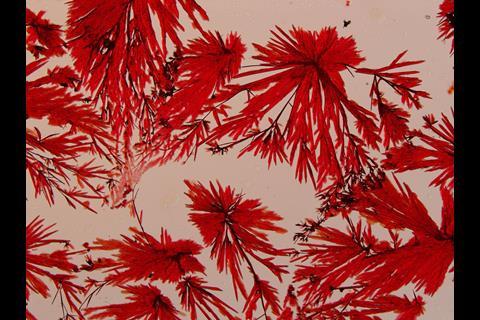 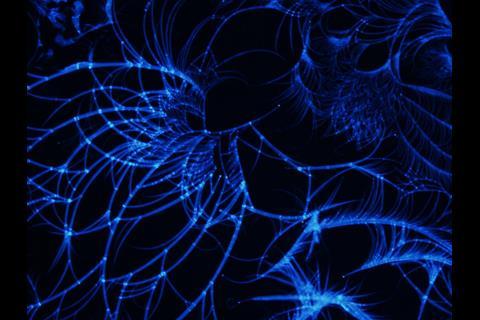 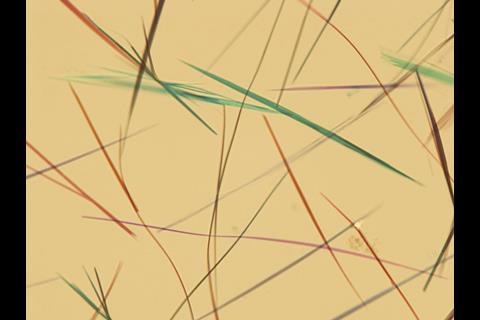 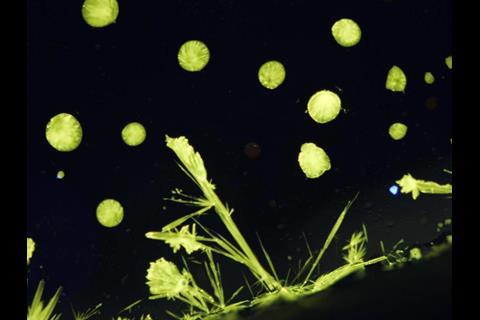 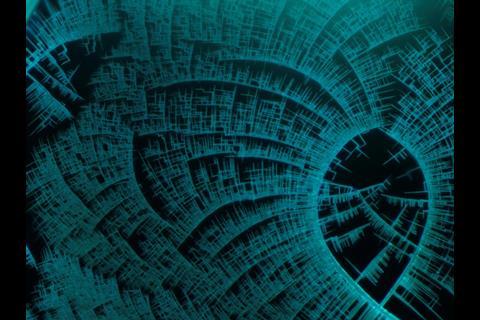 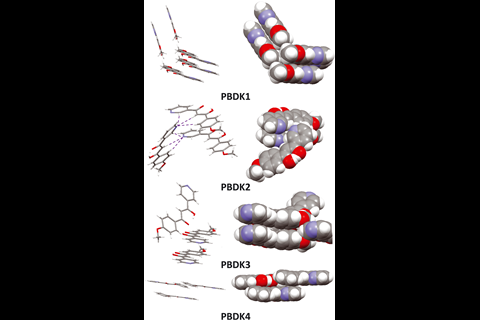 Only PBDK1 (top) forms fractal crystals. The position of the nitrogen (blue) in the pyridine ring results in weaker molecular interactions. During crystal growth, the molecules slide past each other, resulting in fractal patterns

Organic crystals with never-before-seen curved fractal structures have been discovered by researchers in China. They used the unusual shapes to design a dress, whose striking patterns won a national fashion competition.

Guoqing Zhang, Xuepeng Zhang and their team at the University of Science and Technology of China first intended to construct a series of organic ligands for water-based acrylic paints. By performing a routine Claisen condensation reaction between a ketone and an ester, they obtained a number of pyridine-substituted β-diketone compounds as fluffy crystals, with varying positions of nitrogen-substitution in the pyridine ring.

After drying the crystals, Guoquing Zhang examined them under an optical microscope and noticed that one of the crystals had formed an unprecedented fractal structure, never before seen in this kind of organic molecule. Fractals are geometric shapes with repeating patterns that recur at progressively smaller and smaller scales, giving them the illusion of being infinitely complex.

The team investigated this peculiar morphology using x-ray diffraction experiments. They found that the crystal with the fractal structure had significantly weaker intermolecular interactions than the others. Guoquing Zhang proposes that that in this structure, the position of nitrogen in the pyridine ring prevents efficient stacking. The weaker interaction causes the molecules to slide past each other and dislocate during crystal growth, resulting in an unusual, irregular crystal. According to Guoquing Zhang, ‘at room temperature, there is a high probability that crystal growth will be dictated by random fluctuations, resulting in a curvy fractal structure’.

By transferring a microscopy image of the crystal onto polyester fabric through digital printing, the researchers created a unique clothing design so striking that they won first place in the National Women’s Fashion Design Competition of China.